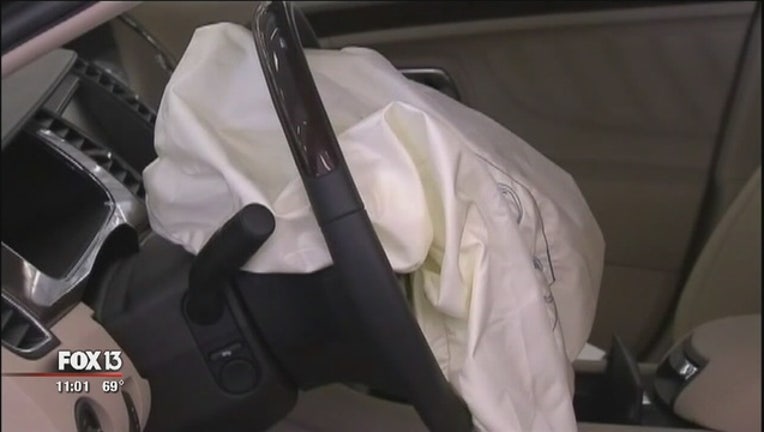 DETROIT (AP/FOX 13) - The U.S. government is confirming another death due to the rupture of an air bag made by Takata Corp., which has issued a recall for more than 30 makes of vehicles.

This is the eleventh known U.S. fatality attributed to Takata air bags.

The air bags can inflate with too much force, which causes their metal interior to rupture and spew shrapnel into the vehicle.

The problem touched off what is now the largest auto recall in U.S. history. More than 69 million inflators have been recalled in the U.S. and more than 100 million worldwide. More than 30 makes of vehicles are on the recall list.

Here is the full list of vehicles affected by the recall: safercar.gov/rs/takata/takatalist.html

To see if your vehicle is involved in this, or any recall, visit safercar.gov's recall check tool.