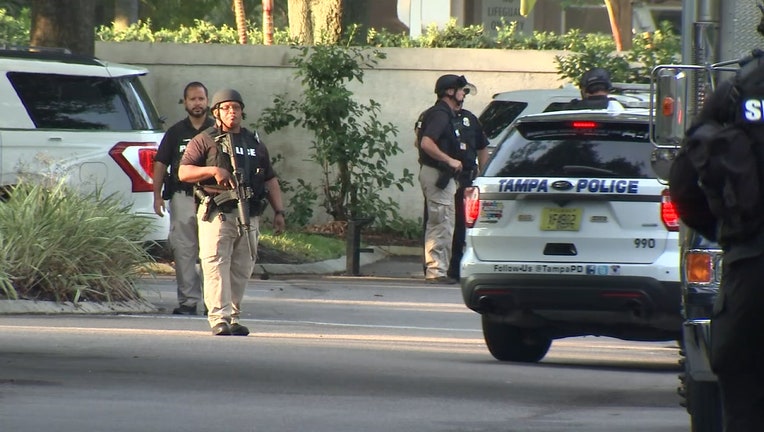 Around 6 a.m. Thursday, police say they received a 911 call from two women inside the apartment at Bowery Bayside by Cortland, saying a man was threatening them with a gun. The apartment complex is located at 6301 South West Shore Boulevard.

The women told dispatchers they barricaded themselves in a back bedroom away from the man, who they said was an acquaintance.

When officers arrived, they approached the front door of the apartment and heard what they believed the sound of someone racking a gun. They said they also heard the suspect making several threats toward police and the female victims inside the unit.

The officers retreated back into the complex's parking lot and called for SWAT to respond.

As a negotiator made contact with the suspect, officials said SWAT team members were able to safely rescue the two victims from the back bedroom through a window, bringing them down with a ladder. 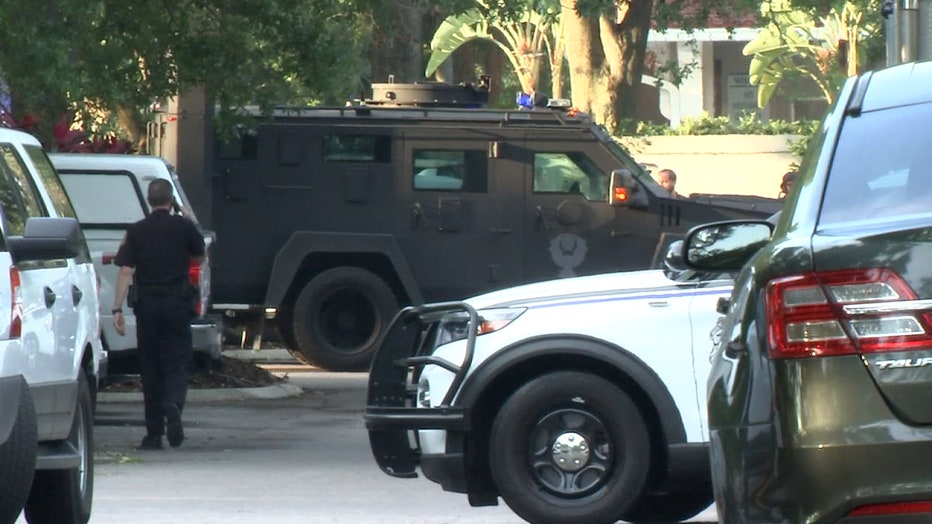 The negotiator continued to speak with the man for over an hour, police said. Around 9 a.m., officers attempted to breach the front door of the apartment with an explosive, but were unsuccessful.

The suspect and the negotiator continued communicating for another hour until the man's mother arrived at the apartment complex around 10 a.m.

Police said his mother recorded a message that officials then played over a PA system, but the suspect still refused to come out of the unit.

A half an hour later, SWAT officers deployed several rounds of gas into the apartment before making their way inside to search for the suspect. After locating him in a bedroom, they took him into custody.

Investigators have not yet publicly identified the suspect, who faces charges of aggravated assault with a firearm as well as aggravated false imprisonment with a firearm. Police say additional charges are also pending.