Wrong-way driver in I-94 fatal crash that killed mom of 4, was under investigation

New and disturbing information is being learned about the wrong-way driver who killed a woman and himself in a head-on collision in Casco Township.

FOX 2 - A mother of four was killed by a wrong-way driver barreling down I-94 at a high speed in St. Clair County Monday. Now more details are coming out about the other driver who was under investigation - and had a suspended license.

The crash killed 33-year-old Teah Owens.  In the backseat of Owens' SUV, her son suffered broken femurs, a collarbone, and a brain bleed. He’s in critical condition, but stable.

Sources told FOX 2 – the man was being investigated for alleged sexual conversations with minors online.

Two days before the crash the man was confronted on camera by a vigilante group that exposes potential child predators online. They are called  The Preditorial Investigation Unit.

He was confronted by the group posing in online chats as a 13-year-old girl at an Allen Park Meijer location. That evidence was handed over to Allen Park police, who had an open investigation into the driver at the time of the crash. 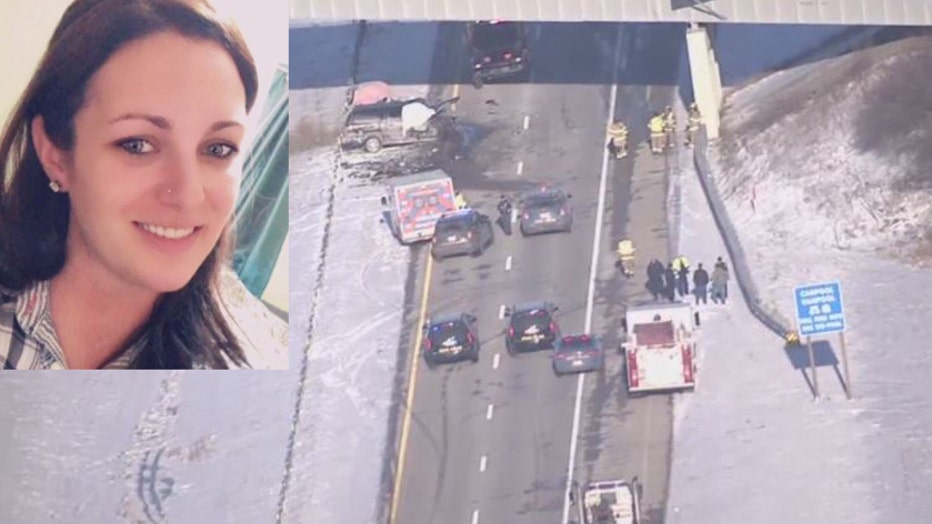 Innocent victim Teah Owens was killed in a head-on collision on I-94 in Casco Township.

Teah Owens' sister tells FOX 2 that they wished this young man never would have taken her life.

RELATED: 2 drivers dead in wrong way crash on I-94

The crash is still under investigation by Michigan State Police.

According to Teah's family, she was taking her youngest son to Port Huron to visit family when she was hit and killed.

Her family started the GoFundMe to help pay for  her son's medical bills and help the family recover from the loss of their mother.