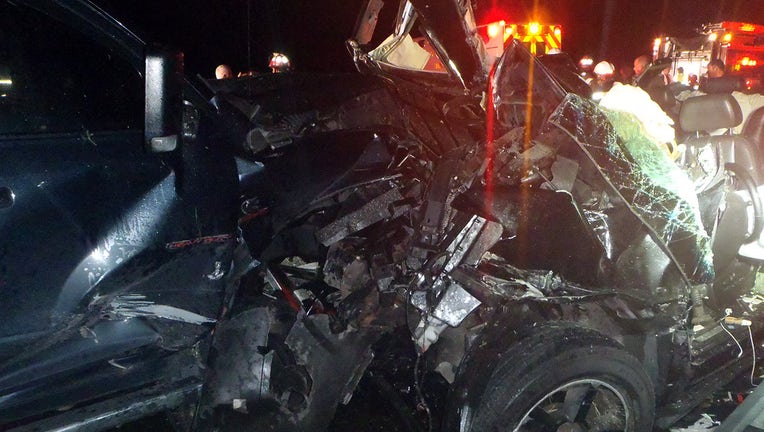 According to the Florida Highway Patrol, the crash happened around 8 p.m. Thursday just north of the Blanton Road exit in Pasco County.

Troopers say pickup truck was heading north on I-75 when the driver had to swerve to avoid an SUV coming southbound in the northbound lanes. But the SUV also swerved and the two vehicles collided head-on.

Two people in the truck – a man and a woman from Starke – suffered serious injuries. The driver of the SUV, identified only as a 35-year-old Jacksonville man, was also injured.

Troopers don’t know where or how the SUV crossed into the wrong lanes, but witnesses said other drivers had been forced to steer clear of the wrong-way vehicle before the crash.

Charges are pending against the driver.