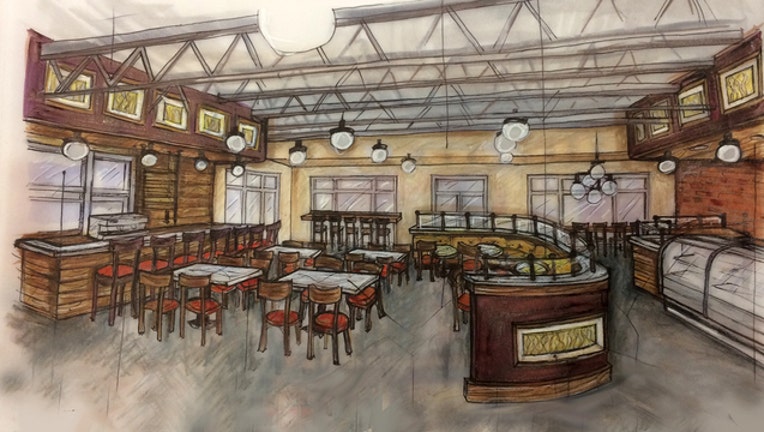 TAMPA (FOX 13) - The smell of baking bread may soon waft over the Westshore area as an Ybor City staple plans to expand.  La Segunda Bakery announced its ‘segunda’ (or second) location will open later this year along West Kennedy Boulevard.

The original La Segunda bills itself as the largest producer of Cuban bread in the world. They say approximately 18,000 loaves are made by hand each day in the North 15th Street location, along with other bakery treats, pastries, and sandwiches.

The new café will feature much of the same breakfast and lunch menu as the original location, along with a new coffee bar and covered outdoor patio.  It will anchor a plaza between West Shore Boulevard and Dale Mabry Highway that has been undergoing renovations since primary tenant Radio Shack closed over a year ago.

A rendering shared by La Segunda suggests the new location will carry a touch of Ybor City’s look and feel with it.

The announcement coincides with the original bakery’s 103rd anniversary, which will be celebrated on January 15.

“We’re extremely excited for this expansion,” said Copeland More, La Segunda’s fourth-generation owner. “Our new bakery and café will bring a slice of Ybor City to South Tampa. As we open this additional location, we remain committed to our roots of baking history every single day.”

Owners expect the Kennedy café to open sometime this summer.