ST. PETERSBURG, Fla. - There are many things that come to mind when you think of Australia, from kangaroos to koalas. But what about music?  Meet the Bay Area man who has a passion for one of the oldest instruments in the world.

The didgeridoo is a wind instrument made from hollow wood. The first didgeridoos, played by aboriginal peoples in northern Australia an estimated 40,000 years ago, were made from fallen eucalyptus branches that had been naturally hollowed out by termites.

The Mayan people of Central America had a similar instrument made of yucca or agave and today referred to as “la trompeta Maya” -- the Mayan trumpet.

Anthony Aleman is a professional didgeridoo player who plays all over the country. He also teaches classes on how to play the instrument, and for those that want to take it even further, he holds workshops on how to build your own didgeridoo. 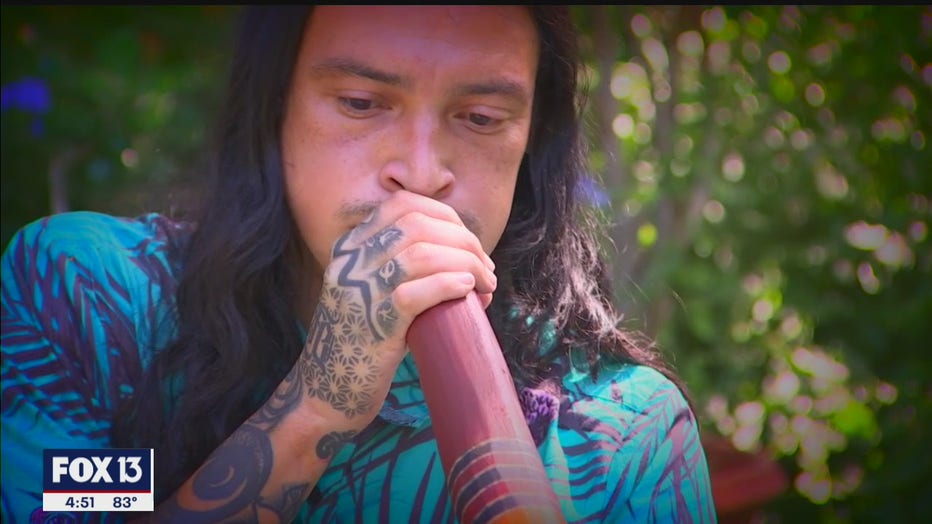 He says some people believe the sounds from the didgeridoo have healing qualities, and he performs no-touch massage at the Awakening Wellness Center in St Pete using the instrument’s sound waves to massage the mind and body.