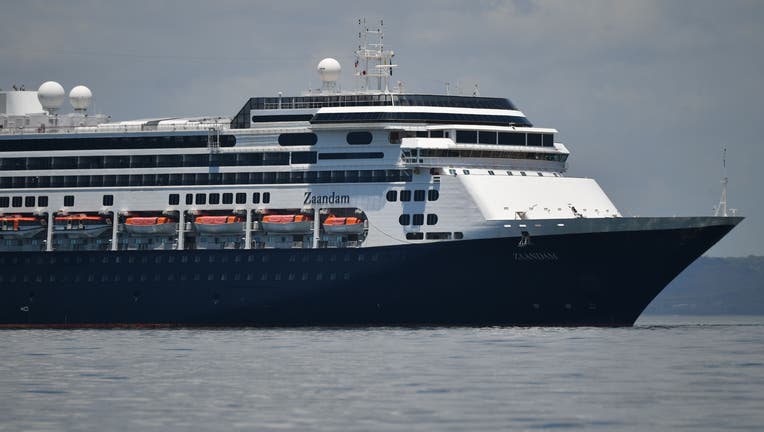 MIAMI - A crew member who was hospitalized for days after two ill-fated cruise ships with coronavirus patients were finally allowed to dock in Florida has died, officials said.

The man died Wednesday, six days after the Zaandam and a sister ship docked in the Fort Lauderdale port after spending two weeks at sea rejected by South American ports, said Holland America Line spokesman Erik Elvejord. He had been taken to a Florida hospital the same day the ship docked.

Four elderly passengers had already died before the cruise ships arrived, and the medical examiner said earlier this week that three of those men tested positive for COVID-19. The fourth man's death was caused by a viral infection. Mallak said he tested negative for the new virus but had been dead for 12 days before he was examined.

About 1,200 passengers disembarked the Zaandam and sister ship the Rotterdam, which was sent to replenish the first with supplies and crew members who were falling ill. The cruise company and federal and Florida officials negotiated for days before allowing disembarkation.

The cruise line says 29 passengers who were kept aboard because they were mildly ill were scheduled to finally travel home Thursday on charter flights, a week after arriving in Florida.

The Zaandam departed from Buenos Aires, Argentina, on March 7, a day before the U.S. State Department advised to avoid cruise travel and a week before most cruise lines halted their sailings.

Meanwhile, about a dozen international guests will remain in quarantine aboard the Coral Princess, which docked last weekend in Miami with coronavirus cases, according to a Princess Cruises statement. Many former Coral Princess passengers left South Florida on five charter flights Thursday, the company said. One flight was domestic while the others were heading to South America and Europe.

Despite continued efforts through diplomatic channels, the company said current travel restrictions by home countries are preventing homeward travel for 13 international guests, and local authorities won’t authorize the use of local hotels. The guests will remain with Coral Princess crew members for a self-imposed 14-day quarantine. The ship was set to leave PortMiami Thursday evening.

Two passengers died before the Coral Princess docked in Miami and a third died later at a hospital. It is not clear if the deaths were caused by COVID-19. The ship originally left Chile on March 5. Passengers were supposed to disembark in Argentina on March 19.

The Centers for Disease Control and Prevention on Thursday announced the extension of a “no sail order” for all cruise ships. Officials did not say when they expected the order to end.

“We are working with the cruise line industry to address the health and safety of crew at sea as well as communities surrounding U.S. cruise ship points of entry,” CDC Director Robert Redfield said in a statement. “The measures we are taking today to stop the spread of COVID-19 are necessary to protect Americans, and we will continue to provide critical public health guidance to the industry to limit the impacts of COVID-19 on its workforce throughout the remainder of this pandemic.”