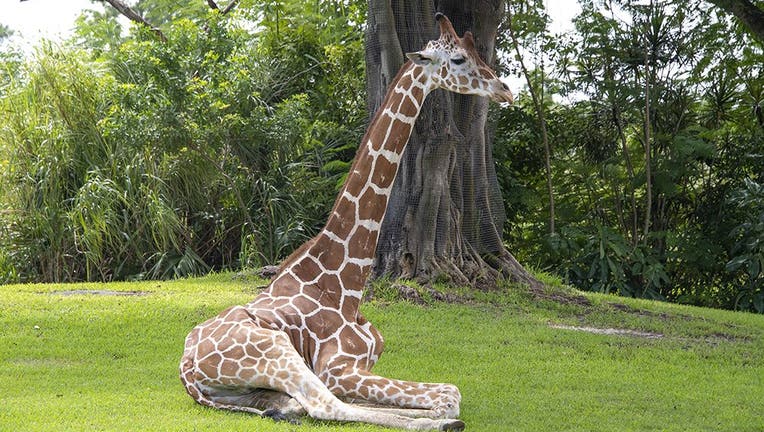 MIAMI - A 12-year-old giraffe dealing with worsening hoof issues and fractures has been euthanized, officials at Zoo Miami said.

The giraffe named Pongo had been dealing with issues that included fractures, pain and difficulty walking, the zoo said in a statement posted Monday on Facebook.

RELATED: 20 golden retrievers flown to Florida after being saved from slaughter, meat markets in China

The health team performed a variety of treatments, including laser therapy and custom shoes, hoping that Pongo would heal without the need to immobilize for a second time, the statement said. The treatments were not effective.

On Monday morning, the team immobilized Pongo to perform detailed X-rays, which revealed that the giraffe had fractured his foot within the past two weeks in a way that prevented successful treatment.

"The painful decision was made to euthanize him while he was still under anesthesia," the statement said. "He will be terribly missed by all who had the pleasure of knowing him and the privilege of working with him."