Brady readies for battle of the best against Rodgers

TAMPA, Fla. - Over the last decade, Tom Brady and Aaron Rogers rank as the top two quarterbacks in the NFL. Only a decimal point separates the two.

Over the last 10 years, Brady has averaged 14 wins a season, Rodgers 11. Rodgers is playing at a high level right now and Brady has great admiration for the other Number 12.

“When you play against another great quarterback, you know those are the tough teams to beat because they’re prepared, they’re going to play well on offense and they’ve got a very talented defense," said Brady "It just means you can’t make a lot of mistakes. Again, I’m not defending Aaron [Rodgers]. We’ve got a whole defense that is doing that. From my standpoint, what does that mean? I can play a role in that by doing our job on offense so that a guy like that doesn’t have his offense on the field trying to score points."

The Buccaneers have just one win this season against a team with a winning record. Brady admits this team is still trying to come together. 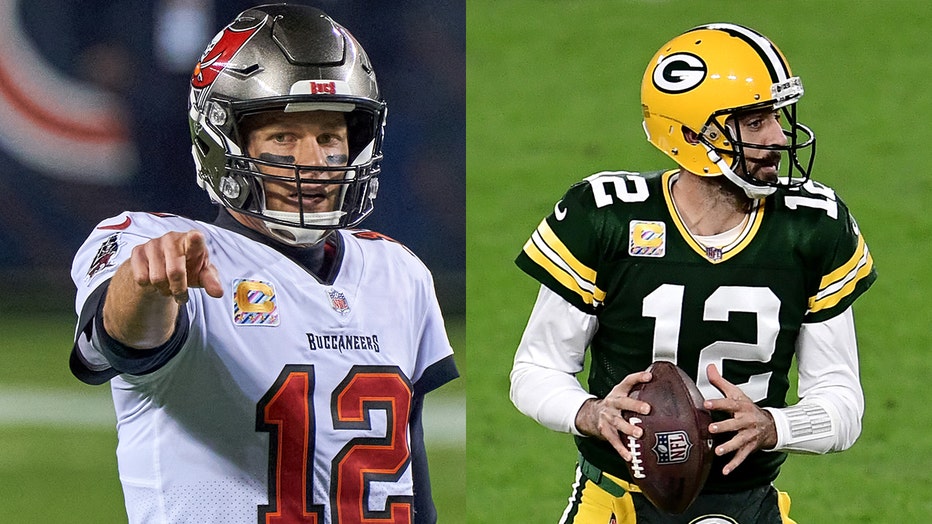 I asked him how important a signature win would be at this point in the season, in boosting their progress and their spirits.

Buccaneers coach Bruce Arians says he thinks referees may have preconceived notions about certain players' tendencies to commit penalties, and those are the 'marked' guys on whom penalties are called.

To beat a Packers team that's averaging the league-best 38 points, Brady knows his Bucs have to be aggressive, as long as they're not reckless.

"You just can’t give guys like that extra opportunity because they make you pay," said Brady. "They’ve had some games that weren’t even close this year because there were turnovers in the game, [the Packers] possessed the ball, they’ve got a great running game [and] he’s completing 70% of his passes. All of those things play into team football. We know what we’re up against. We’re up against one of the best teams in the league and we’ve got to go out there and play a great game if we’re going to beat them.”

This will be just the third time the two quarterbacks have squared off against each other. They split in the two previous matchups. Neither has thrown a pick in those games and Rodgers comes to town with zero interceptions on the season.

This has all the makings for a wild shootout.

The Packers-Buccaneers game airs at 4 p.m. Sunday on FOX 13.