TAMPA, Fla. - The Berkeley Prep baseball team is enjoying its best seasons since the 1970s. The Bucs are undefeated and ranked in the top 10 in the country.

It's not a team with a large roster, but it is a team with a wealth of premium talent. Half of the Bucs' 16-man roster have Division I scholarships.

"Our roster is not the deepest in the county, but it's probably one of the most talented," said head coach Richie Warren. "We'd take our roster up against anyone else. Go to battle with some of these schools that can put 20, 25 kids out there."

Offensively, the Bucs are powered by junior Cade Kurland, who is the leading homerun hitter in the state of Florida.

"It's really special, but I go into every game thinking that I'm 0-0," said the Bucs junior short-stop. "Every day is a new day." 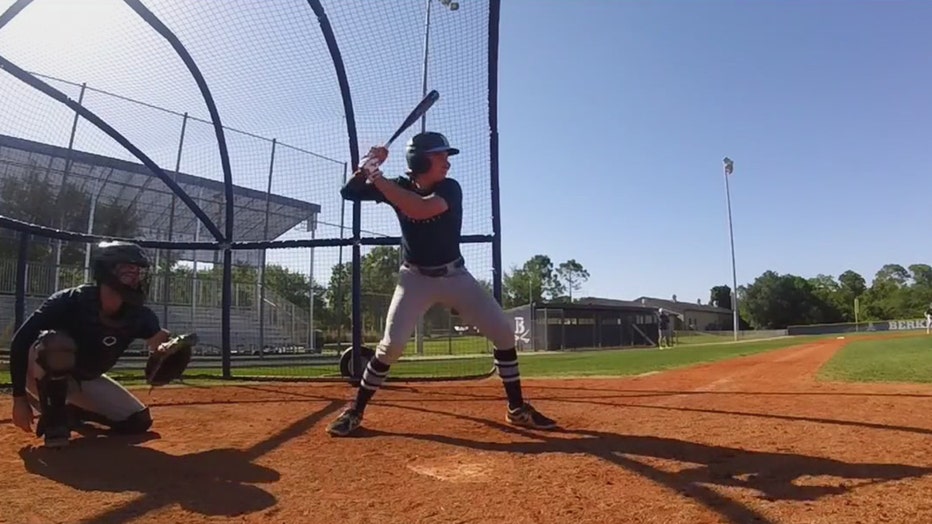 Kurland, Berkeley's big hitter, has been on the varsity team since 7th grade. He received a full scholarship offer at the University of Florida as an 8th grader and will graduate high school early as a junior.

It seems to have been his destiny to be a Florida Gator.

"I wanted to be a Gator since I was very little," said Kurland. "I kind of grew up a Gator and it's a dream come true."

His mom is a Culpepper – the sister of former Gator and Bucs defensive lineman Brad Culpepper.

Senior J.T. Quinn has been nearly untouchable, allowing just three runs in seven starts. He's committed to 'Ole Miss, but the 6-foot 6-inch pitcher is projected to be a second-round pick in the Major League Draft in June.

For now J.T.'s main focus is trying to help the Bucs win their first state championship since 1976.

"That would be really awesome to be a part of and a contributing factor," said Quinn. "I just think that our team is good enough. We just love each other so much and that this is the year is going to be the year to do it.

"The winning part, it's nice," said Warren. "But these kids will always be a part of our community. That's what I think makes us a special club."