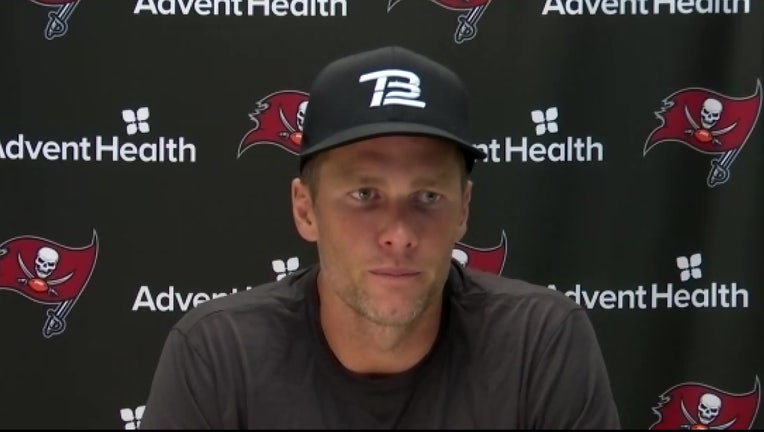 TAMPA, Fla. - It's round two of the 2020 Brady-versus-Brees battle, and while the Buccaneers can't afford a repeat from Week 1, they don't believe they're the same team that lost to the Saints by 11 points.

“Week One, we had no preseason games, so we were trying to just learn each other [and] learn what to do,” said Tom Brady. "We played a really good opponent, who plays well at home [and] who doesn’t make mistakes. Any time you play a good team, it’s got to be great complementary football. We turned the ball over two times, [had] a pick-six – this is a team you can’t make mistakes against. When you make them, it just magnifies. We’re trying to be that team."

Brady will have a new weapon to fire at the Saints. Antonio Brown will make his return to the NFL. He's played the Saints only twice in his career, torching New Orleans for nearly 300 yards and four touchdowns. Brady is looking forward to what he can bring the Bucs.

“I think all the receivers have really helped him out,” said Brady.  "Our Coach Kevin [Garver] – the receivers coach – has done a great job. Quarterbacks – we’ve got to kind of prepare for what we’ve got to do and then you’ve got to leave it to the receivers to put the work in themselves. Meet early, meet late, go through practice – obviously, talk through a lot of things at practice – I think everyone is working hard to get everyone to understand exactly how to execute what we’re doing on a particular play."

This is also the next game in the race to the record books. Brady currently leads Drew Brees for most career touchdown passes by one. Brees has the lead over Brady in career passing yards.

But for Brady, it's all about winning. He's never been swept by a division opponent in his career.

Still, he knows a lot is being made of the two oldest quarterbacks facing off one more time. 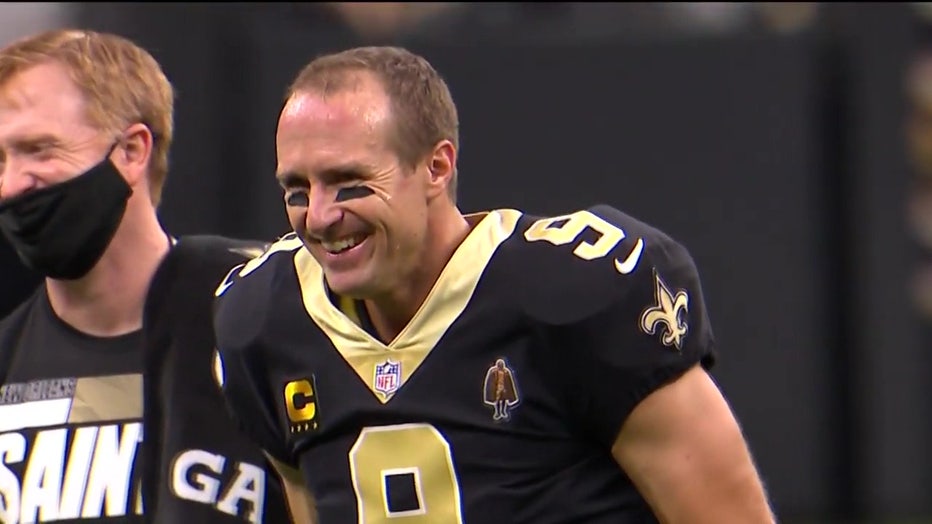 "I’ve just kind of watched how he’s handled himself on and off the field,” Brady said of Brees. "He’s just an impressive guy. I have a lot of respect for him as a player [and] as a person. We’re both closer to the end then we are the beginning. I think we both still enjoy being out there on the field with our teammates playing and competing, and it’s going to be a very competitive game Sunday night.”