Arians confident there will be an NFL season

TAMPA, Fla. - Tom Brady has quickly taken command of the Buccaneers offense. He has no problem pushing players that he's just getting to know.

Brady is looked at by his teammates as a coach with a helmet. While the veteran players have become comfortable with him, Bruce Arians says there is still an awe factor with some.

“It’s going to take a little bit more time for some of them – some of the young ones,” Arians said on a Zoom teleconference. "Especially the guys that were with him out at Berkeley [Preparatory School], it’s all over with. But the young players, I still think every day they come in and it’s just like, ‘Wow.’ Once we start really practicing, I think it will be more of a factor, but we’ll get over it pretty soon. I think it’s just mostly the young guys right now.” 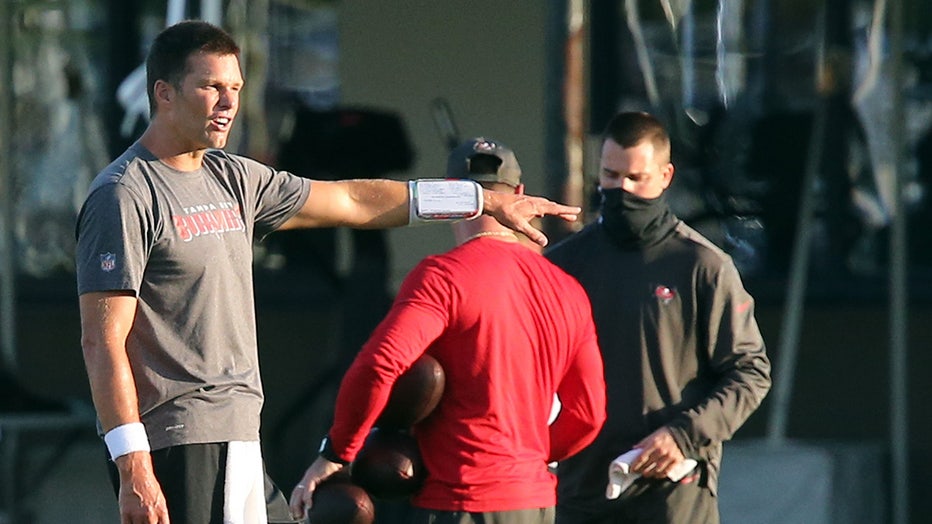 Tom Brady of the Buccaneers points to where he would like the receiver to be during the Tampa Bay Buccaneers Training Camp on August 4, 2020. (Photo by Cliff Welch/Icon Sportswire via Getty Images)

"Obviously, he has the rings and all that, but what he did over at Berkeley [Prep], that was strictly on him,” said Arians. "Nobody edged him on to do that. He was like, ‘Hey, let’s get going.’ Right now, he’s tired of walkthroughs already. He’s like, ‘We’ve got to practice.’ We’ve got to wait about five more days, but yeah, I love that about him.”

A month ago, Arians made a stunning statement, telling Rick Stroud of the Tampa Bay Times, "We’ve got to be careful. The players, they’re going to all get sick, that’s for sure. It’s just a matter of how sick they get.”

Arians no longer believes that due to the protocols that are now in place. 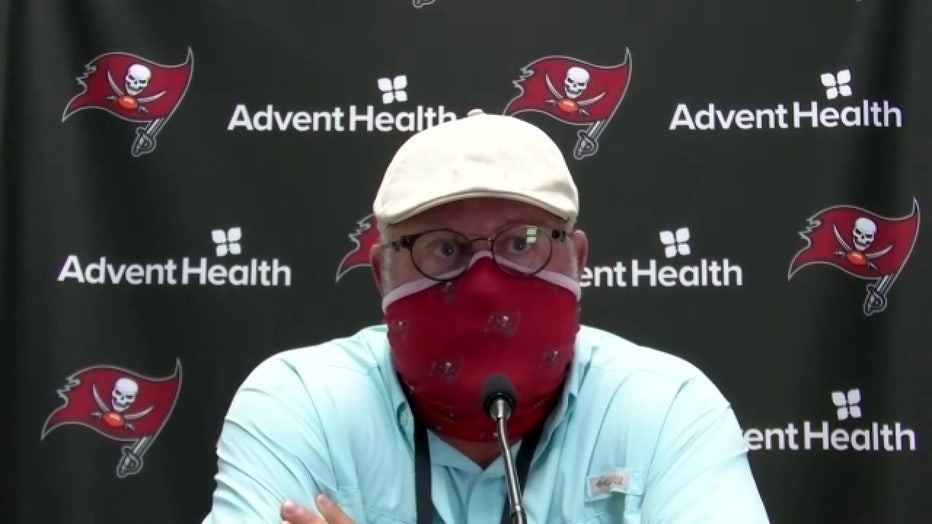 "We talked long and hard about that in our first meeting,” said Arians. "I wasn’t happy the first day of staying far apart on the field. We were still staying too close together, talking to each other. [They were] coaching guys and they were too close together. We’re learning every day to make that commitment even better every day to adjust to this lifestyle now.”

So Arians is more comfortable now?

“Yeah, I think I made those in June before I knew anything about what was going to happen,” said Arians. "Now, I’m totally convinced it’s good or I wouldn’t be here.”

The Bucs have also created something of their own bubble, keeping players at one hotel like they normally would during training camp, but now it's for safety reasons -- protecting a season built around Tom Brady.