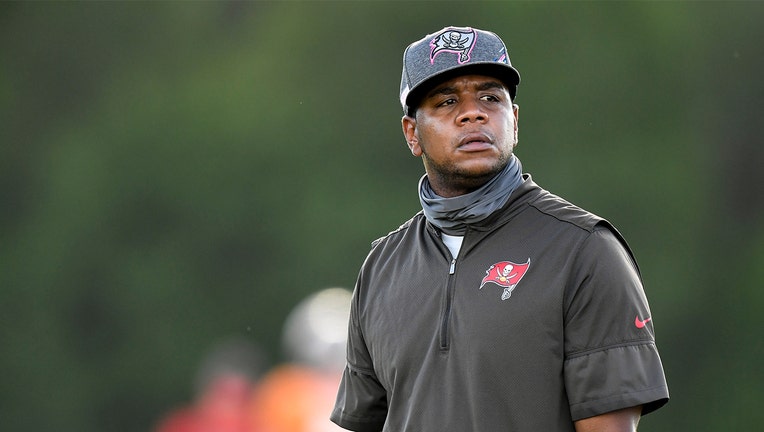 TAMPA, Fla. - The Tampa Bay Buccaneers have fired offensive coordinator Byron Leftwich, three days after the team's lopsided loss to the Cowboys in the wild-card round of the playoffs.

His firing is part of the team's coaching staff shakeup that comes on the heels of the Bucs' losing season.

RELATED: What's next for Tom Brady? After playoff dud, Bucs QB faces choice of whether to continue

All except Sanders and Kastl had been on the Bucs' staff for four seasons, starting in 2019.

"We appreciate the hard work and contributions that all of these coaches made to our successes over the past four seasons," Head Coach Todd Bowles said in a statement. "As a collective group, we did not meet the high standards that had been set for this past year and my focus now is on doing what is needed to ensure a successful 2023 season. These were very difficult decisions but something that I felt was necessary for our football team going forward."

The team went 8-9, though they found a way to hold off Carolina, New Orleans, and Atlanta to repeat as NFC South champions for the first time in franchise history. They also became only the fourth team to make the playoffs with a losing record during a non-strike season.

Tampa Bay lost in the wild-card round of the playoffs against the Dallas Cowboys, with a final score of 31-14 — bringing the team's record to 8-10 for the season.

Meanwhile, Tom Brady is set to become an unrestricted free agent this offseason.