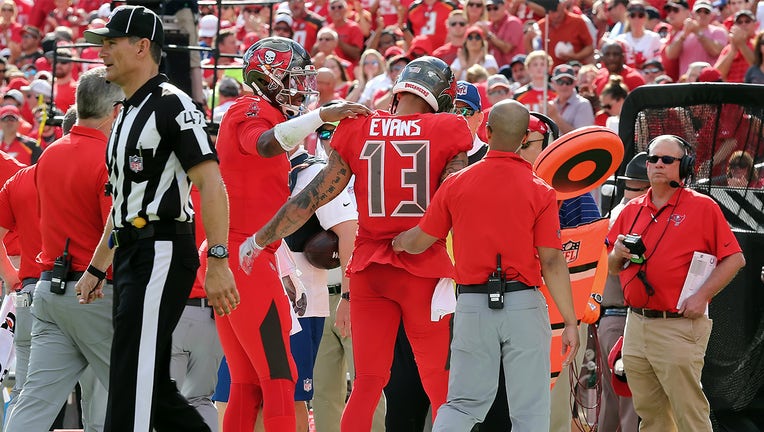 TAMPA, Fla. - Tampa Bay wide receiver Mike Evans caught a 61-yard touchdown pass in the first quarter of Sunday's win over Indianapolis but injured his hamstring on the play.

Evans suffered the injury as he was outrunning Pierre Desir on the TD catch. The receiver tried to walk it off in the end zone, but fell to the ground in pain and was limping when he left the field.

The Buccaneers star didn't return and coach Bruce Arians said of the injury that, “It's not good."

Quarterback Jameis Winston missed one series in the second half because of a tiny fracture in his throwing hand. It didn't stop him from leading the Bucs to a huge win over the Colts.

According to ESPN, the team expects Evans to be out the rest of the season.