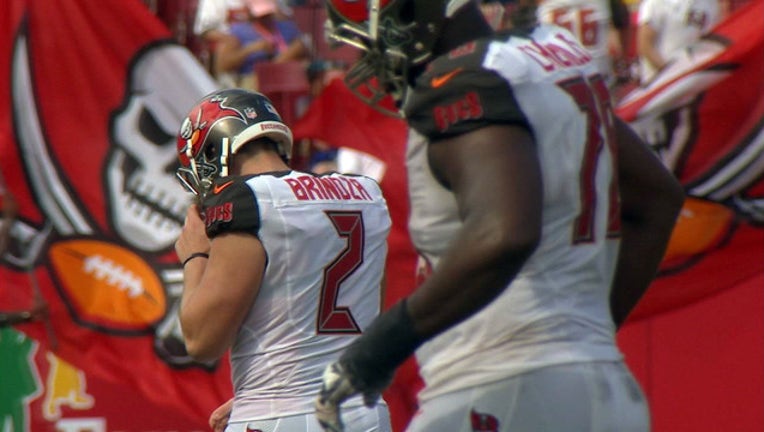 The rookie from Notre Dame has struggled this season, especially in the last two games -- both losses -- when he missed five field goals and two extra points.

Brindza, 22, beat out veterans Connor Barth and Patrick Murray for the kicker job this preseason.

His final numbers with the Bucs will stand at six of 12 on field goal attempts and six of eight on extra points.

He did boot a 58-yard field goal in Week 3, the second-longest in team history.

The team has not yet announced whom they will sign as a replacement.