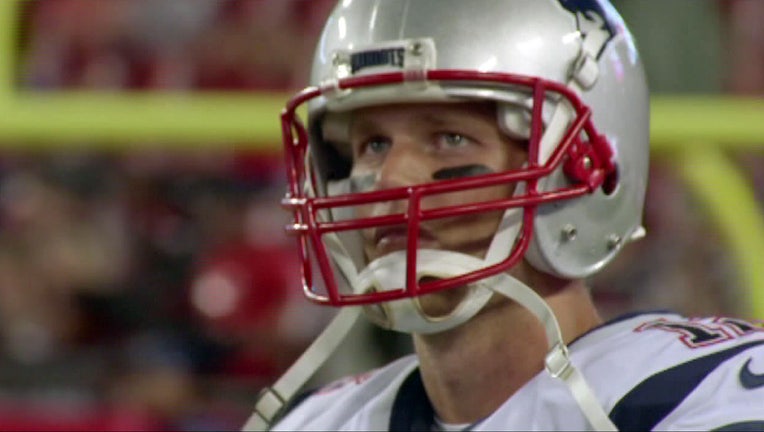 Now the general manager with a spotty draft resume faces the challenge of acquiring additional pieces to help the six-time Super Bowl champion transform the franchise with the NFL’s worst all-time winning percentage into title contenders.

Bringing in Brady to lead an explosive young offense featuring receivers Mike Evans and Chris Godwin makes the Bucs relevant for the first time in more than a decade. A successful draft will be one of the keys to fixing shortcomings that weren’t addressed in free agency.

Licht has made a number of highly regarded calls, including selecting linebacker Devin White fifth overall a year ago. He’s had his share of draft-day blunders, too, although it hasn’t stopped Tampa Bay from putting together the promising cast Brady is excited about leading into the future.

“I have taken my fair share of criticism – a lot of it deserved – and I’ll never shy away from that. But we’ve also had a lot of hits and brought in a lot of good players that got us to this point,” said Licht, entering his seventh draft with the Bucs.

“It feels damn good," the GM added, “to have a player of Tom’s stature and the resume that he has, that he felt like this is a place where he could come and win.”

The Bucs select 14th after finishing 7-9 and missing the playoffs for the 12th consecutive season.

Tony Dungy offers his thoughts on Tom Brady joining the Tampa Bay Buccaneers and what effect the coronavirus shutdown will have on the team and the NFL.

The biggest need is bolstering the offensive line charged with protecting Brady. Long-time starter Demar Dotson wasn’t re-signed in free agency, so finding a right tackle is a priority. The team signed former Colts lineman Joe Haeg last month, however, it won’t be a surprise if Licht and coach Bruce Arians try to upgrade from a pool of prospects that includes Georgia’s Andrew Thomas, Iowa’s Tristan Wirfs and Louisville’s Mekhi Becton.

Landing Brady generated the biggest headline this offseason. But the Bucs also spent generously to keep the core of an improved defense together by placing the franchise tag on NFL sacks leader Shaquil Barrett and re-signing Jason Pierre-Paul and Ndamukong Suh.

A young secondary made strides over the last six weeks of 2019. The team would like bolster its overall depth on the second and third days of the draft.

ALWAYS ROOM FOR A PLAYMAKER

With the departure of Peyton Barber, the team’s second-leading rusher last season, the Bucs figure to be in the market for a running back to share some of the workload with third-year pro Ronald Jones, who had a combined 1,033 yards rushing and receiving in 2019.

“We have a lot of faith in Ronald, and in fact, we have more faith in him now than we ever have,” Licht said. “But that’s another position, as you can tell across the league – some of the better teams, they have one, two or three guys, sometimes four – that they can rely on in different types of roles in their offense.”

Licht said acquiring Brady, who signed a two-year, $50 million contract that will allow the three-time NFL MVP to earn up to $9 million more in incentives, doesn’t necessarily preclude the Bucs from drafting a young quarterback to groom.

Jameis Winston was the primary starter the past five seasons after being the No. 1 overall pick in the draft. He led the NFL in passing yards in 2019, but also fell out of favor by throwing a league-leading 30 interceptions.

“We can afford to do it, I think. It is definitely something we would look at, but it just depends on who that player is, where he is available, what other players are in front of him (and) if we’re sold on that player,” Licht said.

“”If the guy is there and he fits what we want at the right price then I’d say yes,” Arians said. “You’re always looking for a guy that you think is the future. ... I don’t think it’s a dire need this year, no. But if the right guy is there, yes.”