TARPON SPRINGS, Fla. - If Chloe Pusateri is told she can't do something, it's almost a guarantee that she's going to do it. For example: don't tell her that because she's a girl, she should play softball instead of baseball.

"I never really tried it," Pusateri said of softball. "I just tried baseball and stuck with it."

The Eastlake High freshman was recently told she should try out for the Eagles' softball team, and not their baseball team. She's now the newest member of their JV baseball team and is preparing for her first season of high school baseball.

"It's like yeah I made it. Now let's get to the next step of getting through high school baseball so I can get to college," Pusatari said. 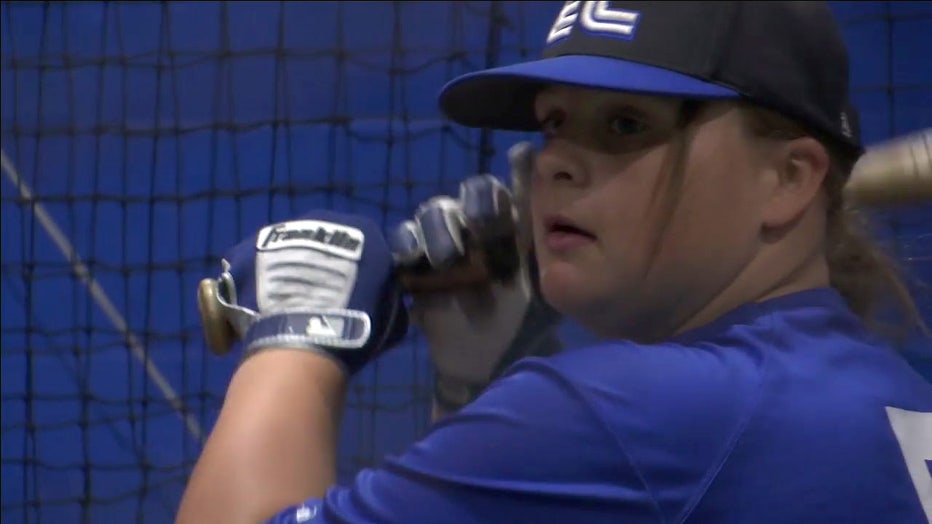 Pusatari is used to being pointed to softball because she's a girl. She claims it doesn't bother her at all, but her mother Randa knows her better than that.

"It bothered me, and her telling me told me it bothered her a little bit to some extent," Randa said. "Otherwise, you don't tell mom."

One thing Pusatari will admit to is the enjoyment she gets when boys act so terrified of striking out to a girl.

"They get all mad. It's like if I strike out or I do this and that, if it's by a girl then it's bad," Pusatari said. "It makes me want to strike them out even more."

A warning to Eastlake opponents: don't give Chloe Pusateri any extra motivation.