PORT CHARLOTTE, Fla. - It's been 10 years since Chris Archer was involved in one of the biggest trades in Tampa Bay Rays history. The Rays got Archer and four other players for Matt Garza.

A lot has changed since then for Archer, who himself was traded away two years ago for Tyler Glasnow and Austin Meadows. Now, going into 2021, the Rays have all three in camp.

Archer never wanted to leave and he appreciates the Rays giving him a second opportunity. 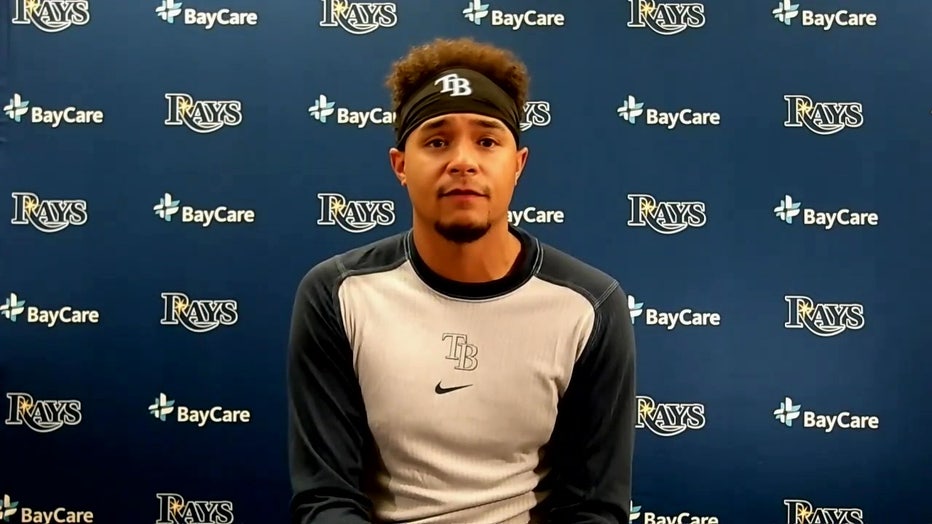 "My gratitude obviously comes from being healthy, and being grateful for health, but also just the opportunity to do what we do," Archer said. "I'm so happy, excited and grateful -- all those words."

Archer isn't the same pitcher that left in 2018. His time with Pittsburgh didn't come close to matching his success with the Rays. After a 3-9 season in 2019, Archer spent baseball's COVID season undergoing and recovering from surgery for neurogenic thoracic outlet syndrome, a surgery to relieve pain and numbness in his neck and shoulder. He spent his recovery watching a lot of baseball.

Two-time All-Star pitcher Chris Archer has agreed to rejoin the Tampa Bay Rays on a $6.5 million, one-year contract, a person familiar with the deal told The Associated Press.

"Watching so much baseball and missing the hell out of the game," Archer recalled. "Each day that went by, and as my health got better, I continued to get hungrier and hungrier. So I'm sitting there learning, but I'm also eager because I'm like, ‘Damn, I really miss the camaraderie.’"

And he missed being a part of the Rays’ World Series run, but like the Rays, they both are looking forward to a second shot.

"I have a lot of admiration for what these guys have done for the last two years," said Archer. "It's a really nice balance. These guys have way more playoff experience than me. They've been to the World Series. They have tons of innings now, tons of at-bats. There's a lot of mutual respect for all parties here."

At 6-foot-6, Fairbanks is one of several tall pitchers on the Rays' roster. He came to the Ray via trade in 2019 and was one of the pleasant surprises on last year’s World Series team.

Kevin Cash is glad to have Archer back.

"We’re all very excited for Arch," the manager said. "He seems to be in a really good spot physically, mentally. He's always in a pretty good spot mentally -- keeps it positive. He's a welcome guy that, you know, he's got that infectious personality that I think can really be a benefit to a group of players that are a lot like him, that like to come to the ballpark to compete and play."