TAMPA, Fla. - Alabama wide receiver Henry Ruggs III comes to Tampa with what could be the fastest feet in football. The junior declared early for the NFL Draft and is working with 17 other NFL Draft prospect at Yo Murphy Performance.

"Ah, yes he can pick them up and put them down,” said former Buc and Yo Murphy Performance trainer Reidel Anthony.

Just how fast is Ruggs? He was tracked at 24.3 miles per hour on a touchdown reception against South Carolina back in September. That's 2 mph faster than any player in the NFL this season.

"I want to be the best at what I do,” Ruggs told FOX 13 Sports. "I want to have the best numbers as possible. So I'm out here working with Yo and Reidel on flexibility, 40 [yard dash] and everything else for the combine so I can be the best."

"It sounds good,” laughed Ruggs. "The biggest thing is when you get on the field and somebody has an angle it's not as easy. So I've focused on using that speed to make my game better." 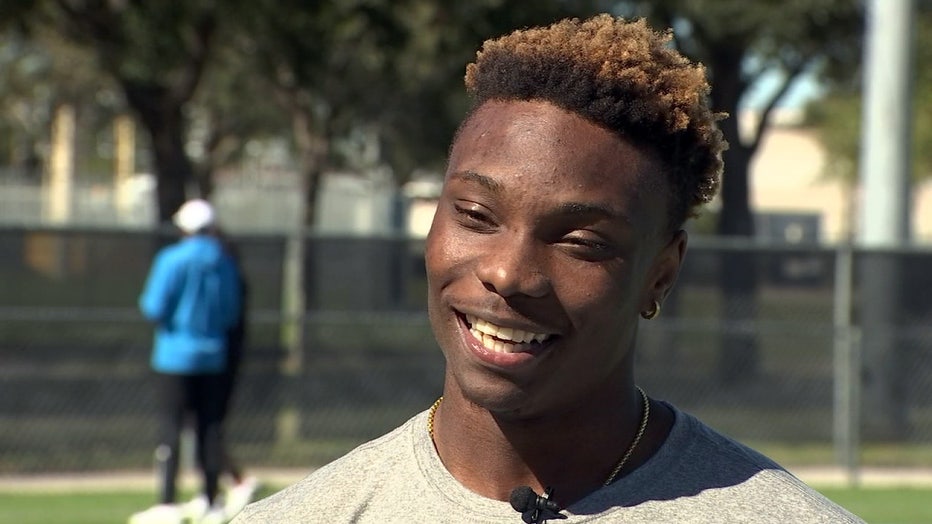 Ruggs has a chance to break the 40-yard dash record next month in Indianapolis at the NFL Combine, but raising his overall game is what's going to determine his success at the next level.

"Breaking the record is a bonus,” said Anthony. "But him getting in and out of cuts and YAC-ing (yards after catch) is going to be his calling card."

Ruggs is on the cusp of living out his dream and he's just three months away from hearing his name called by NFL commissioner Roger Goodell.