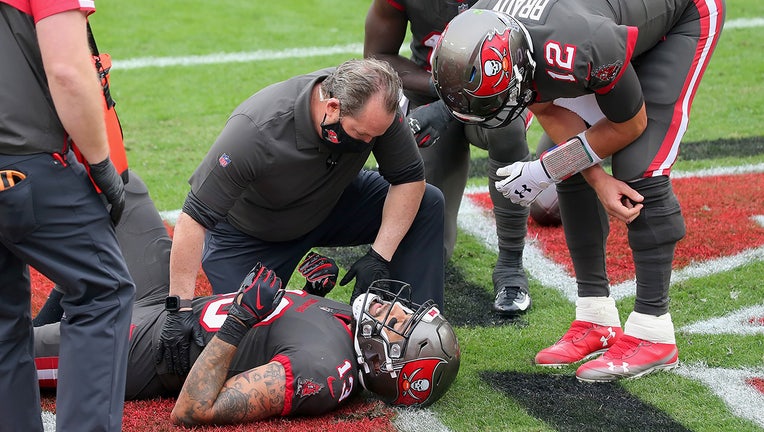 Mike Evans is down in the end zone with team personnel working on him as quarterback Tom Brady looks on in support during the regular season game between the Atlanta Falcons and the Tampa Bay Buccaneers on January 03, 2021 at Raymond James Stadium in

Evans was hurt during the first quarter of Sunday’s regular-season finale against Atlanta, one play after a 20-yard reception made him the first player in NFL history to begin a career with seven consecutive 1,000-yard seasons.

Coach Bruce Arians described the injury as a hyperextension and said there was little swelling in the knee Monday. He’s hopeful Evans can get on the practice field Thursday in preparation for Saturday night’s NFC wild-card game at Washington.