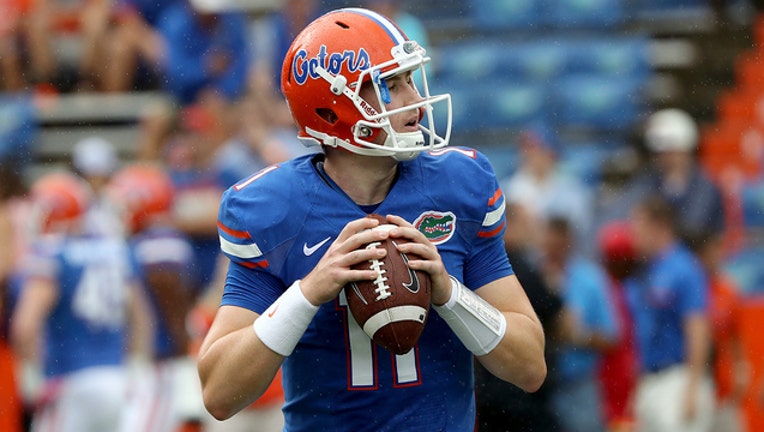 GAINESVILLE, FL - OCTOBER 15: Kyle Trask #11 of the Florida Gators warms up before the game against the Missouri Tigers at Ben Hill Griffin Stadium on October 15, 2016 in Gainesville, Florida. (Photo by Sam Greenwood/Getty Images)

GAINESVILLE, Fla. (AP) - The father of Florida quarterback Kyle Trask says his son is out for the season because of a broken foot.

Coach Dan Mullen had been deciding between Feleipe Franks and Trask to start against South Carolina on Saturday, but it now appears Franks will be the choice. Mullen has made it clear he wants to redshirt highly touted freshman Emory Jones.

Franks was benched last week in a 38-17 loss to Missouri. He completed 9 of 22 passes for 84 yards. Trask replaced Franks in the third quarter and completed 10 of 18 passes for 126 yards and a touchdown.