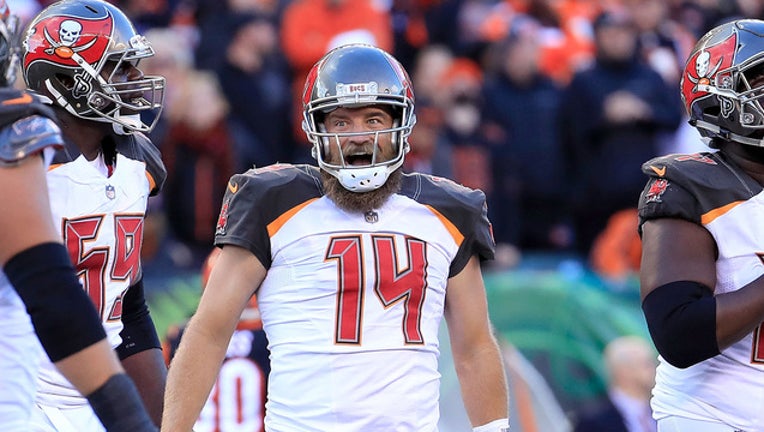 Ryan Fitzpatrick celebrates after converting a two point conversion to tie up the game late in the fourth quarter of the game against the Cincinnati Bengals. (Photo by Andy Lyons/Getty Images)

After benching starting quarterback Jameis Winston on Sunday, the Tampa Bay Buccaneers are sticking with Ryan Fitzpatrick as the starter for next week's game at Carolina.

Winston was benched against Cincinnati after throwing his fourth interception of the day -- a pick that happened to be returned for a touchdown.  With Fitzpatrick leading the offense, the Bucs tied the game in the final minute, only to lose on a last-second field goal.

The Buccaneers (3-4) have the NFL's top-ranked offense but keep hurting themselves with turnovers. Winston has seven by himself in the last two games, including the four on Sunday that matched his career high. He moved back into the starting job after serving an NFL suspension to start the season, but hasn't played up to the standard that Fitzpatrick set as his fill-in.

"I can't play like that," Winston said after Sunday's loss. "I was heaving balls all over the place and not giving our team a chance to win."