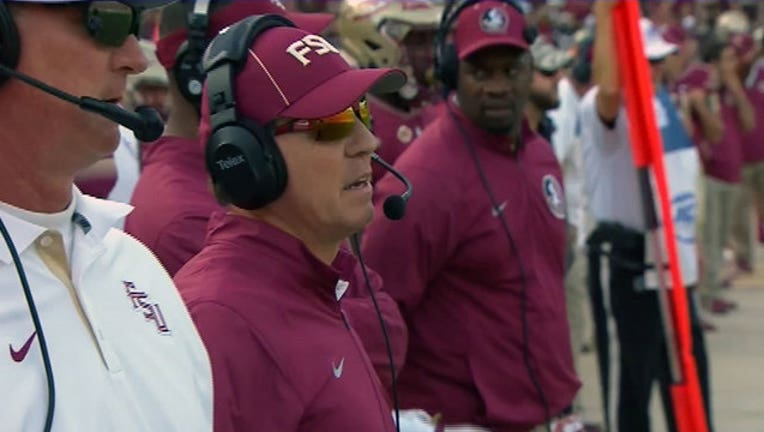 TALLAHASSEE, Fla. (AP) - Florida State football coach Jimbo Fisher has signed a two-year contract extension, which will carry him through the 2024 season.

Fisher is in his seventh season at Florida State and has a 77-17 record, including leading the school to the 2013 BCS national championship. The 10th-ranked Seminoles are in a New Year's Six bowl for the fifth straight season and will take on No. 6 Michigan in the Orange Bowl on Dec. 30.

According to the terms of the contract which were released by the school, Fisher will earn an annual salary of at least $5.5 million beginning next season. The slight increase places him in the top five among the highest paid college football coaches according to USA Today's coaching salary database.