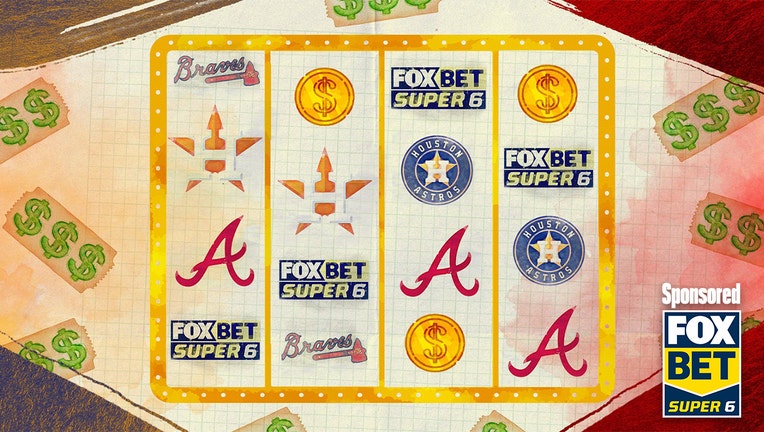 It is a cornerstone of American life, tied into the final gasps of summer and the changing of the seasons. The World Series has been a staple of the fall since the earliest days of the 20th century. It has been there through World Wars, the sorrowful days after Sept. 11, 2001, political turmoil, economic crisis and our political discourse.

It has produced some of our most memorable sporting moments: The Babe’s called shot. Maz and Joe Carter’s walk-off series winners. Fisk’s waving it fair down the left-field line. Luis Gonzalez’s broken bat up the middle. Bryant to Rizzo after a rain delay in Cleveland.

More such moments are certainly on tap in a 2021 World Series that begins Tuesday with Game 1 on FOX (7:30 p.m. ET). The Houston Astros are looking to solidify a dynasty with a second World Title in five years in their third appearance in that timeframe, while Freddie Freeman’s potential Atlanta swan song has ended Atlanta's World Series drought and seen the Braves rise from the rubble of an injury-plagued second half.

Yet no matter who takes the early advantage in the 2021 Fall Classic, you yourself could win $25,000 on Game 1 of the World Series with FOX Bet Super 6. Just answer six questions correctly about how Game 1 will play out, and you could win the grand prize of $25,000 of Big Papi's money.

It’s quick, easy and fun to play — just download the FOX Bet Super 6 app on your phone or mobile device if you haven't already and make your picks!

To help you make it to the pay window, here are the questions for Game 1 and some quick thoughts and predictions on each.

Which player will hit the first home run for the Astros?

Tucker has the most homers of any hitter in the Astros' postseason lineup – four of them, with the damage coming primarily against the White Sox in the ALDS. Correa has three career World Series homers between 2017 and 2019. Don’t be surprised if he ends up as the biggest bat in Game 1 against Braves starter Charlie Morton.

Which team will throw the most strikeouts and how many will they have?

Braves, Astros or tie, with ranges from 1 to 13-plus

Morton had a 14-strikeout game against the Brewers during the NLDS and has been a pretty good big-game pitcher. Just ask the Astros, who helped ride Morton’s arm to the Series clincher in Game 7 back in 2017.

Which team will have the most hits and how many will they have?

Braves, Astros or tie, with ranges from 1 to 13-plus

One thing that the Astros were able to do late in the ALCS was get to the Red Sox rotation and find ways to generate a ton of baserunners. The Braves' lefty relievers could make that chore more difficult in this series. On the flip side, the Braves' lineup is really deep even without Ronald Acuna Jr. and Marcel Ozuna.

Up and down the lineup, the Braves have no weaknesses.

Which team will have the most runners left on base, and how many will they have?

Braves, Astros or tie, with ranges from 1 to 18-plus

Which team will have the most extra-base hits, and how many will they have?

Braves, Astros or tie, with ranges from 1 to 9-plus

Both teams are swinging hot bats, highlighted by homers. The Astros hit nine of them as the driving force during the three straight wins that helped salt away the series. The Braves had seven homers against the Dodgers, but they all felt like enormous and well-timed blasts.

Which team will win and by how many runs?

Braves or Astros, with ranges from 1 to 9-plus

Morton will duel Framber Valdez in Game 1 on Tuesday night. Valdez was the stabilizing force in Game 5 for the Astros, stopping a trend of short appearances by Houston starters to shut down Boston. However, this Braves lineup is a lot fiercer than the Red Sox were at the end. And Morton is an old pro who can take care of business.

Play FOX Bet Super 6 every week for your chance to win thousands of dollars, including a $10,000 prize on the Big Noon Kickoff game of the week, the weekly College Football Saturday contest and, of course, the new "Stack the Cash" Sunday NFL Challenge. Just download the FOX Bet Super 6 app and make your picks today!