TAMPA, Fla. - Tom Brady has a total of seven Super Bowl rings, but his most recent one stands out from the others.

"This is by far the most incredible ring that’s ever been made," he said in a video shared by the Tampa Bay Buccaneers. "They are not so much rings, they’re more like trophies that you wear on your finger."

As fans know, the Bucs were the first NFL team to win a Super Bowl at their home stadium, and the ring – from its 319 diamonds to its removable top – was designed to represent the historic accomplishment.

"From the beginning, there was one thing that was very clear to us," Jason Arasheben, owner of the Jason of Beverly Hills jewelry store, said in the video. "The Glazer family wanted to have the best Super Bowl ring in history."

It is the first NFL championship ring with a removable top.

"You can twist the top off and it says 'history' and it tells the story of how we are the first team in the NFL to win at home," explained the Bucs co-owner, Darcie Glazer Kassewitz.

A mini, 3D version of Raymond James Stadium sits inside, surrounded by the scores in the playoffs. 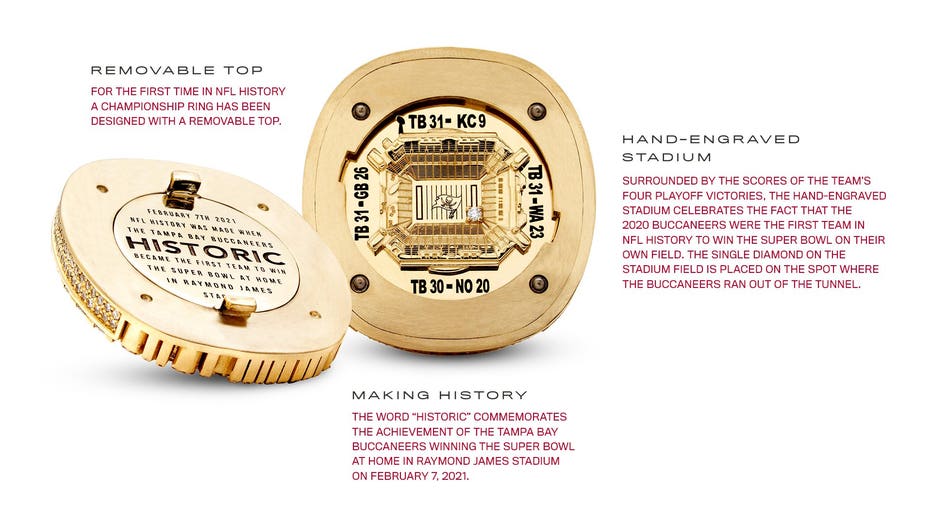 "One of the most significant things we have done was what we did in the playoffs. We went on the road to three opposing stadiums and won," Brady said.

"At our tunnels, you got one diamond that basically represents us," said Lavonte David, inside linebacker for the team. 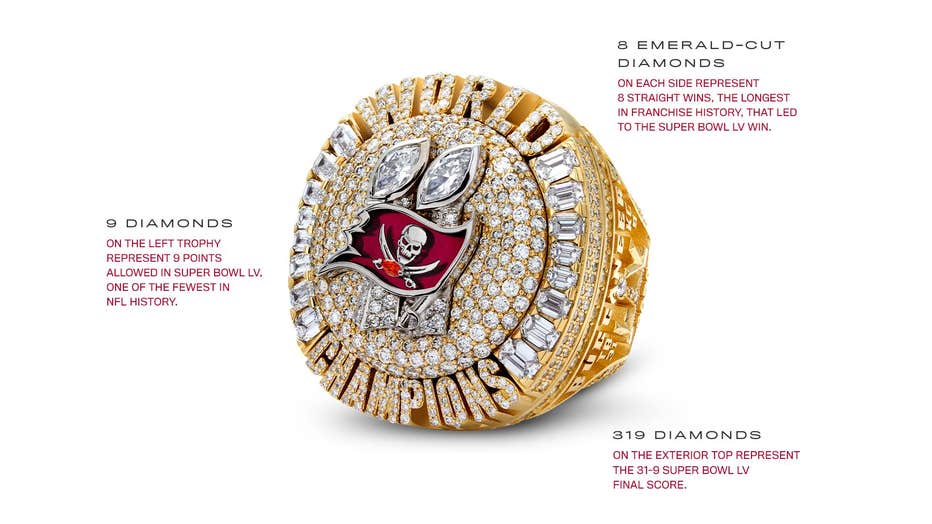 The top of the ring has 319 diamonds to symbolize the 31-9 final score in Super Bowl LV. Two Lombardi trophies are on it, and the left one has nine diamonds to represent the nine points allowed in the game.

"That score means a lot, especially for the defense," said Devon White, a Bucs linebacker. "We had the No. 1 offense, you know, one of the best quarterbacks we ever faced in the game of football. No touchdown."

The words engraved along the inner part of the ring is, "Trust. Loyalty. Respect," a motto that head coach Bruce Arians has repeated throughout the season, along with "One Team. One Cause," written on the side representing the individual player. 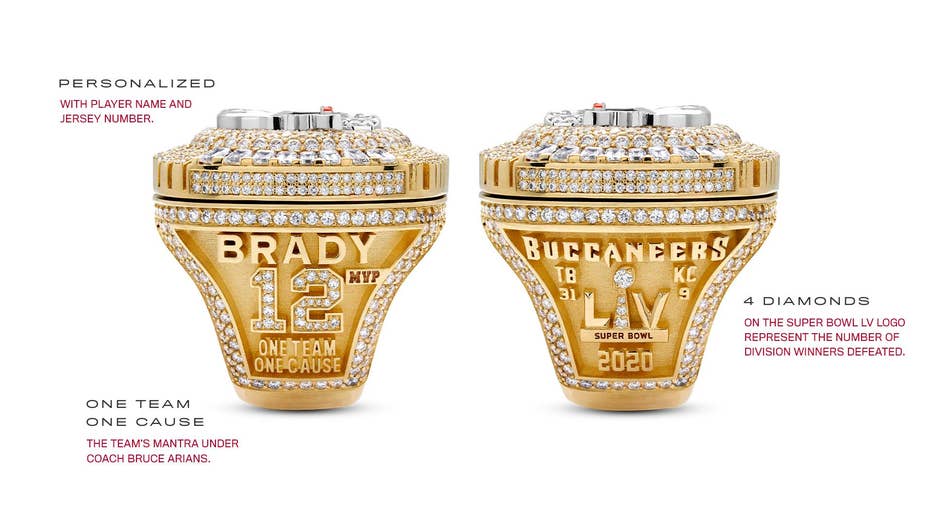 Eight diamonds on each side of the ring represent the last eight wins of the season.

In the team’s video, Kassewitz reflected on a moment after the win when White ran up to her and said, "Darcia, we got to bling this mother----- out."