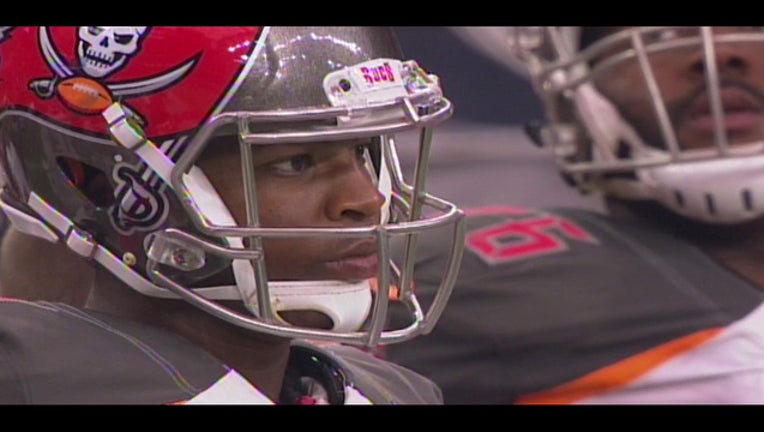 There actually is a reason to tune in for Thursday night's lackluster matchup of Tampa Bay at St. Louis: Jameis Winston.

And maybe the Rams' fine rookie running back, Todd Gurley, too.

Both are among perhaps a dozen strong contenders for Offensive Rookie of the Year, and with the Rams (5-8) and Buccaneers (6-7) not likely to find a way into the postseason, watching the kids seems the best attraction.

"Very exciting," Winston says of a prime-time opportunity. "I just want to show the world how good this team really is. This is our chance and we have to take advantage of it."

As for being the top rookie, well, Winston sees Gurley as the man.

"It would be awesome to achieve that goal, but that wasn't on my goal list at the beginning of the year," he says. "My goal was to have more wins than last year. We did that, so that's an important goal for us, not only just for me, but this organization.

"Definitely our team is way more important than my individual success with goals. I don't focus on that type of stuff, but Todd is having an amazing year and deserves all the credit he is getting."

The Rams (No. 25 in AP Pro32) are a 1 1-2 point favorite over Tampa Bay (No. 18 in AP Pro32). The Bucs have a decent run defense, good enough to keep them in front in what could be the Rams final game representing St. Louis.

Kansas City went down to the wire before holding off San Diego for anyone who followed our advice and had the Chiefs in a survivor pool. This week we'll wait for Monday night and go with NEW ORLEANS.

Now that the Patriots are getting back some weapons for Tom Brady, they're back to laying it on opponents.

Probably too late for Raiders to make playoff run, but they can hurt Green Bay's standing.

Yes, the Panthers will remain unbeaten. No, it won't be a runaway.

Last time an Alabama QB started and won in NFL was 1987. AJ McCarron changes that.

Johnny Football gets to see the master of his style of quarterbacking in Russell Wilson.

End of Bills' playoff hopes comes this weekend, too.

Jaguars still could win the weak AFC South. This will help.

Can't trust either team, so going with the hosts.