Mickens happy to be back with Bucs

TAMPA, Fla. - When the Tampa Bay Buccaneers make wide receiver Jaydon Mickens available to the media in a Zoom press conference, the following exchange is not uncommon:

That's because Mickens knows, as well as anyone, how blessed he is to be in the NFL.  Mickens is currently fighting for one of the Buccaneers' final wide receiver roster spots. That took a hit when he was cut in early August. Weeks later Tyler Johnson suffered an injury, which prompted the Bucs to bring Mickens back.

Such an experience is nothing new to Mickens, who started his NFL career as an undrafted free agent. Including one game with the Bucs in 2019, he's only ever suited up in a total of 17 games over a four-year career that includes stints with four different teams.

"Every practice squad I've been to, I've shown out," Mickens said. "That's the reason why I'm still here." 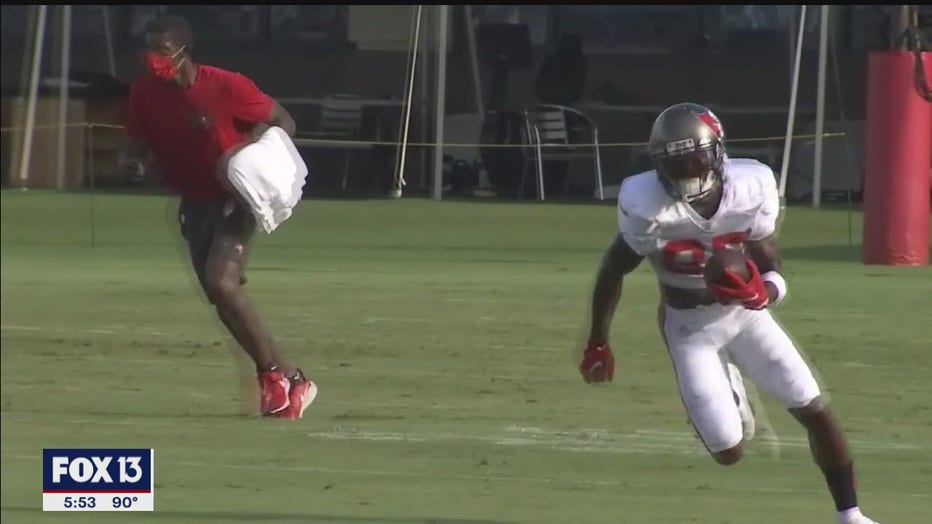 Mickens is primarily used on special teams when he does see game action, which gives him a leg up in a season that has no preseason games. However, as a player who is familiar with fighting for a final roster spot, Mickens knows there's no guarantees.

"I control what I can control," Mickens offered. "When I can dominate that (if) they allow me to be on (the gameday) roster and allow me to be anywhere on that field, I’m going to bring my best stuff."