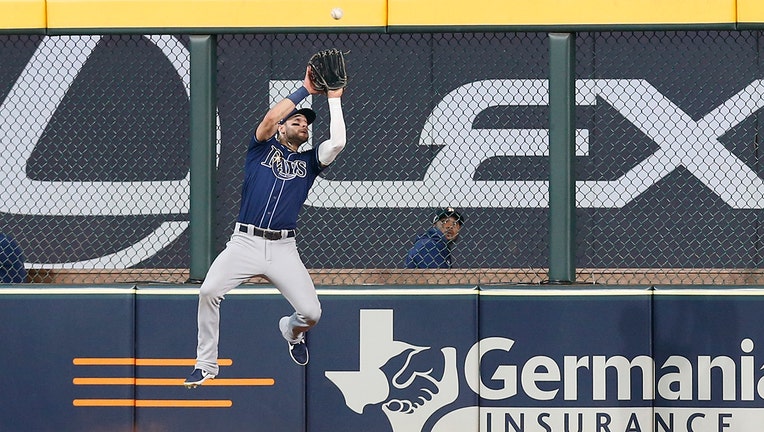 Kevin Kiermaier #39 of the Tampa Bay Rays makes a catch against the Houston Astros during the fourth inning in game one of the American League Division Series at Minute Maid Park on October 04, 2019 in Houston, Texas. (Tim Warner / Getty Images)

He now ties Evan Longoria for the most in franchise history. He won the award over finalists, Jackie Bradley Jr.  with the Boston Red Sox and Mike Trout with the Los Angeles Angels.

“For me to win my third Gold Glove, made me the happiest man on the planet when I heard the news,” he said. “This is something that is so near to my heart. I want to be in the running for years. These awards just make me even hungrier.”

Kiermaier leads all AL center fielders with 13 defensive runs saved. He was drafted by the Rays in the 31st round in 2010.