Kucherov was hurt on a cross-check during Game 6 of the conference final against the New York Islanders.

"He played with a flak jacket from that point on, and also had a nerve block injection the day before every game," BriseBois said. "It makes his performance during these playoffs both before the injury and post broken rib all the more impressive."

After missing all of the regular season following right hip surgery, Kucherov led the NHL in playoff points with 32 points (eight goals, 24 assists).

"He’s a tough hockey player, he’s an incredible hockey player," BriseBois said. "There isn’t a more determined player out there than Nikita Kucherov." 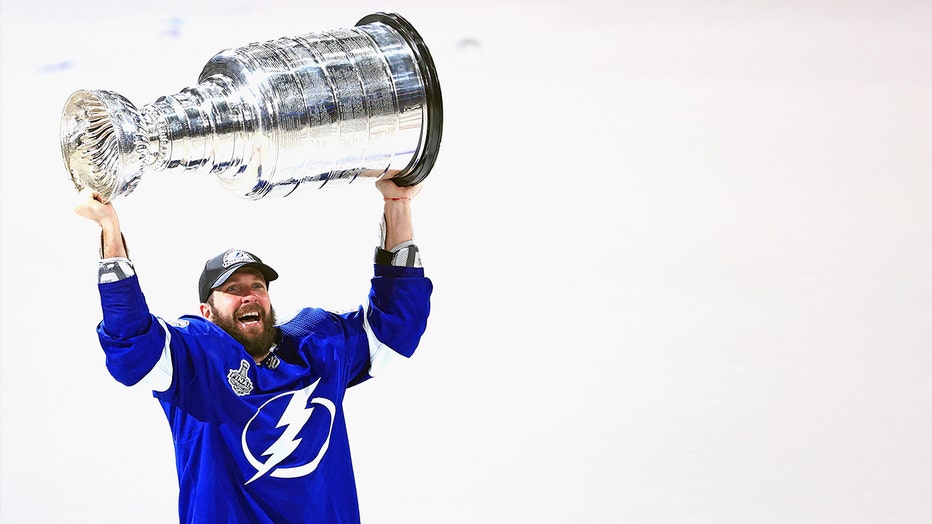 TAMPA, FLORIDA - JULY 07: Nikita Kucherov #86 of the Tampa Bay Lightning skates with the Stanley Cup following the team's victory over the Montreal Canadiens in Game Five of the 2021 NHL Stanley Cup Final at the Amalie Arena on July 07, 2021 in Tampa

BriseBois said Hedman, a perennial contender for the Norris Trophy as the league’s top defenseman, was scheduled to undergo a procedure Tuesday with an expected downtime of three to four weeks.

Forward Barclay Goodrow and defenseman Ryan McDonagh both played in the postseason with broken hands.

Forward Alex Killorn broke his leg blocking a shot in Game 1 of the Final, had a rod inserted three days later and two days after that resumed skating in an attempt to return before the series ended.

"That’s how you win a Stanley Cup," an emotional BriseBois said. "All the competing through injury, it was outstanding and so inspiring to watch on a game-in, game-out basis." 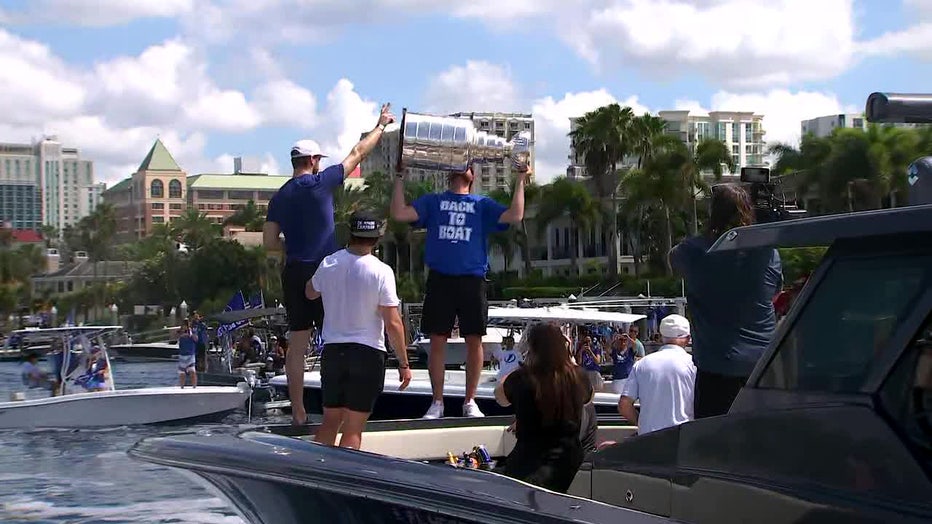 BriseBois faces a serious issue in putting together a roster for next season because of salary cap issues as Tampa Bay seeks a three-peat.

"Going forward I expect us to remain a Stanley Cup contender," BriseBois said. "We have a Stanley Cup-winning roster. Our challenge to maintaining that roster is the salary cap. We’re going to have to get creative."

The Lightning used 20 players in this season’s Final, with all but three winning rings the previous year. The lone exceptions were rookie Ross Colton, who scored the only goal in the 1-0 Stanley Cup-clinching win; key trade deadline acquisition David Savard; and Mathieu Joseph, who filled in and contributed in the Final after Killorn broke his leg.

"The reality is as much as I would like to bring this team back exactly as is, the reality is that we won’t be able to do that," BriseBois said. "Before I can even bring back some of our unrestricted free agents I need to clear up cap space just to keep the guys that are under contract."

Key contributors Goodrow and Blake Coleman are unrestricted free agents. There is also the expansion draft for the new Seattle franchise later this month.