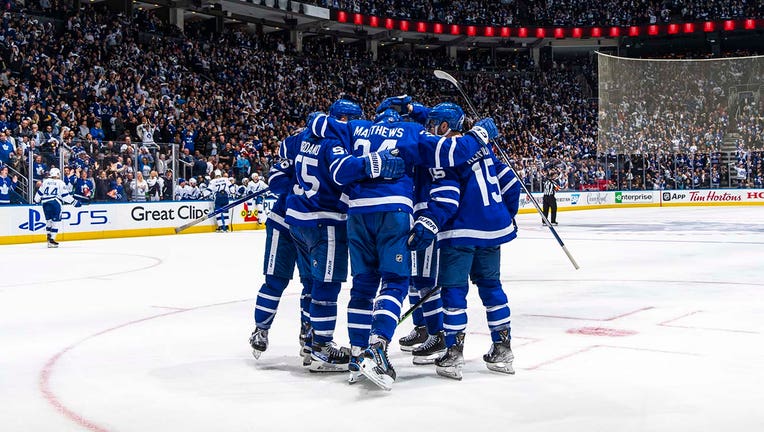 TORONTO, ON - MAY 2: Auston Matthews #34 of the Toronto Maple Leafs celebrates his second goal of the night against the Tampa Bay Lightning with teammates Mark Giordano #55 and Alex Kerfoot during the third period in Game One of the First Round of th

TORONTO - Auston Matthews had two goals and an assist and Jack Campbell made 23 saves in the second playoff shutout of his career as the Toronto Maple Leafs beat the two-time defending Stanley Cup champion Tampa Bay Lightning 5-0 Monday night Game 1 of their first-round playoffs series.

Mitch Marner had a goal and two assists. Jake Muzzin scored and David Kampf added a goal on a short-handed breakaway for Toronto, which killed off five Lightning power plays, including an early five-minute major.

The second game of the best-of-seven series is Wednesday in Toronto.