Gronk adapting to the Buccaneer way

TAMPA, Fla. - Rob Gronkowski always looks like he having fun on the football field, but he's still adapting to playing football in Florida.

Gronk wasn't completely ready for the Bucs' first scrimmage that opened with a 16-play drive.

"At first it's like, 'Wow, that was pretty funny,' if you're not receiving it," smiled Gronkowski. "Then when you receive it, you're like, 'Oh, shoot. It's not as funny anymore.'" 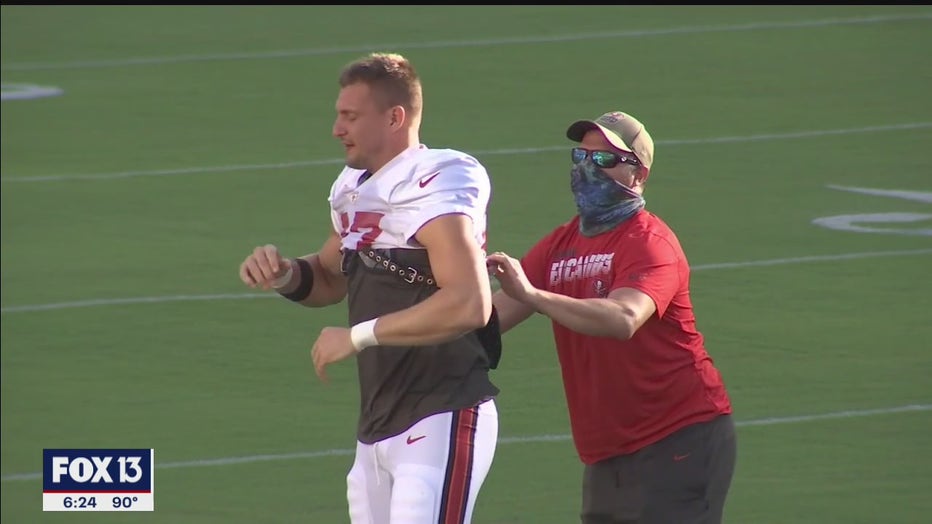 Rob Gronkowski is still adapting to paying in the Florida heat.

It motivates Gronk to get better. He knows the Bucs have two other top tight ends that can dominate and, after all, he's the new guy.

And Gronk is enjoying getting back to his old self.

"Just being there out on the field, that's just me being me," said Gronkowski. "I've been kind of like that my whole career."