Newsome, Durant, forces to be reckoned with during post-season flag football

PLANT CITY, Fla. - The Bay Area high school flag football talent pool is growing deeper by the day. Thursday night at Durant, the Newsome Wolves knocked off The Cougars 31-6 to hand Durant their first loss of the season.

The matchup marks the end of regular season play for both teams. Newsome heads into Districts with a 14-1 record and top 5 ranking in the State. Durant is now 8-1 and ranked 15th Statewide by Maxpreps. Both programs are in the same 2A classification as two-time defending State Champions Alonso.

Alonso High School and Robinson High School have been the standard-bearers for Bay Area flag football. Robinson has won 5 of the last 6 state titles in 1A. Alonso has been to four Championship games in 2A, winning the title in 2018 and 2o19. Last years' tournament was canceled due to the pandemic.

With the return of play in 2021, the number of dominant flag football programs has grown. Newsome took Robinson to the wire before falling 22-18 last week. And Durant had a twelve-game win streak dating back to last year. Both of these schools have followed a steady consistent path to prominence. And both have gotten better as better athletes are coming into the program.

Newsome quarterback Devyn Silvestri says newcomers have been able to get up to speed quickly. 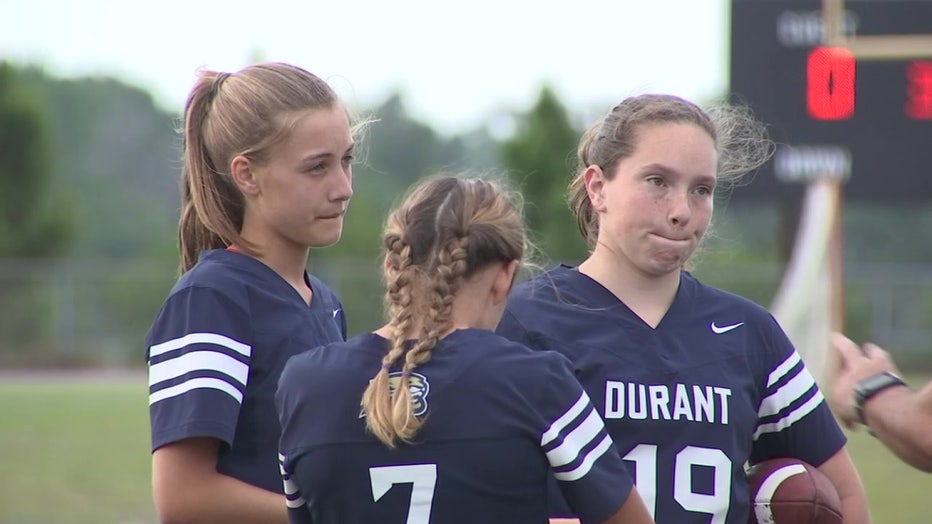 "Some girls played basketball and never even played flag football before," Devyn said. "So we taught them and they grew, and now they're really good."

Durant put a huge emphasis on defense in a game that is known for show-casing offensive skill positions. Brooklyn Kash is one of the leaders of the Cougar "D". She says Durant, like Newsome, has benefitted from more athletes on campus getting involved in the program.

"We've been really strong in that department, we've had some new girls come out that have helped us keep a really great defense," Kash explained. 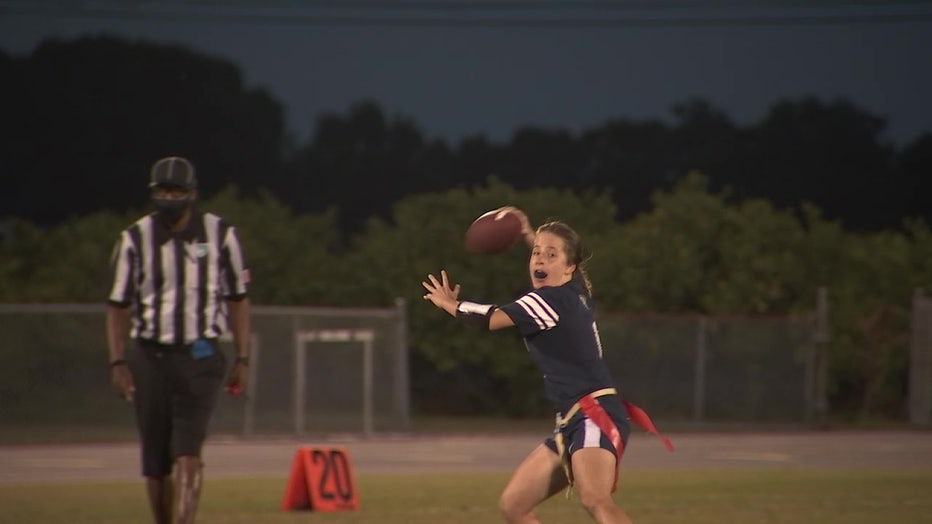 Newsome High School will begin their quest for a title run at home Monday night against Bradenton Manatee in the District 8 opener.

Durant will host the winner of a play-in game between Leto and Strawberry Crest. The Cougars play in District 6.