PALM HARBOR, Fla. - Jacob Harris grew up on soccer. He had multiple Division I offers coming out of high school at Palm Harbor University, but he tossed that ball aside after getting a taste of the other football his senior year.

"If you asked me my senior year what I was going to do in college, it was going to be [to] play soccer," said Harris. "Once I got into those pads and played that senior year of football, I just fell in love with the game and that's what really took over my passion."

With no football offers, Harris walked on at Western Kentucky. He came home after a year and then became an assistant for his high school football coach, Reggie Crume.

With help from Crume, the next season the University of Central Florida offered him a preferred walk-on spot. 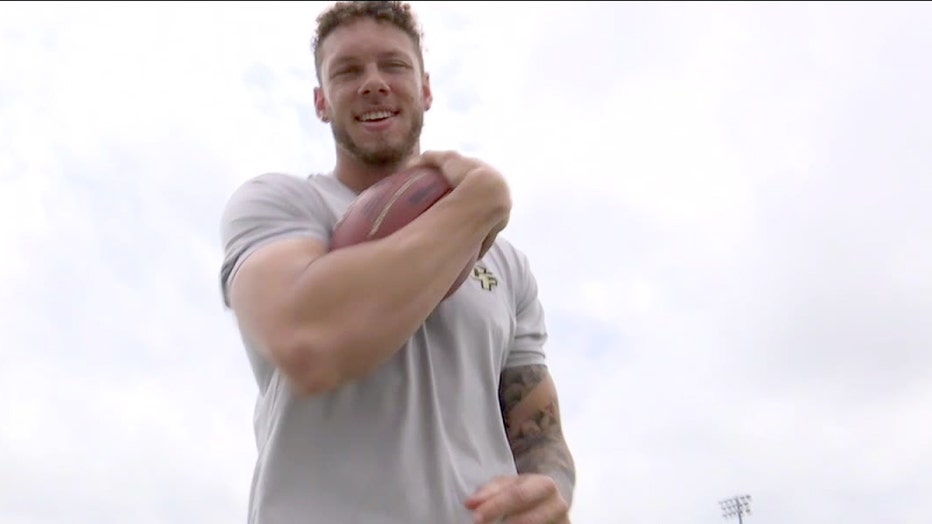 "He did have that potential and that passion that you can only believe in when you see that rolling off of them," said Crume, who now coaches at Calvary Christian High School.

Harris earned his way into the Knight lineup and over the last two seasons racked up nearly 1,000 yards receiving, with nine touchdowns. His career game coming in against the University of South Florida: five receptions for 110 yards and three scores.

"That was kind of my breakout game," said Harris. "But my favorite moment was on College GameDay against Cincinnati in 2018...just making that tackle on kickoff, (his first college play), is probably my favorite moment."

After a head-turning performance at UCF's Pro Day in March, Harris has seen his draft stock soar -- from a player that didn't make his first college reception until two years ago to now considered one of the top 10 sleeper prospects in this year's draft.

"I've always thought about it, dreamt about it," said Harris. "Just trying not to overthink it or think too much on it.  Excited to see what happens. What's going to happen is going to happen. I'm just grateful for the opportunity."

Harris would love to play for the Bucs, but he just wants to hear his name called. He's projected to have that happen on day three somewhere between the fourth and sixth rounds.