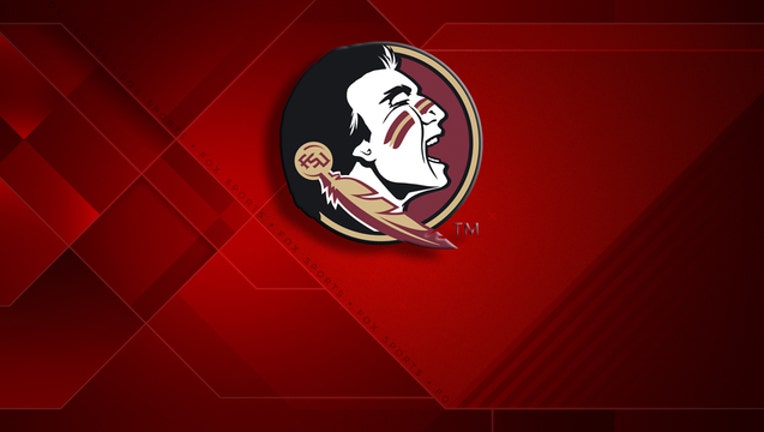 GAINESVILLE (AP) - Florida State made history in the Swamp on Saturday night.

Florida State won its third consecutive game at Florida Field — the first time that's happened in the storied rivalry — and ended any chance the Gators (10-2) had of making the College Football Playoff in which it was ranked 12th.

Florida avoided its first shutout in the Swamp since 1988 when FSU quarterback Sean Maguire recovered a fumble in the end zone for a safety with 8:58 remaining.

It was little consolation for the Gators, who will be huge underdogs next week for the Southeastern Conference championship game in Atlanta against second-ranked Alabama.

Florida State (10-2, No. 13 CFP), which didn't make the Atlantic Coast Conference title game, awaits its bowl assignment. The Seminoles probably locked up a spot in the Chick-fil-A Peach Bowl on Dec. 31 in Atlanta.

The Gators flirted with losses in their last three games, so struggling against the Seminoles was no surprise. They needed a late field goal to beat Vanderbilt on homecoming. They got a late touchdown to hold off South Carolina on the road the following week. And they had to have a touchdown in overtime and then a fourth-down stop to defeat Florida Atlantic last week.

Florida reached the red zone twice Saturday, but failed to convert a fourth-and-2 play and had a 37-yard field goal blocked.

Quarterback Treon Harris was the biggest problem once again.

Harris was inaccurate and indecisive for the fourth consecutive week. Starting his 12th game and sixth straight since Will Grier was suspended for testing positive for performance-enhancing drugs, Harris missed wide-open receivers all over the field, held the ball too long and played with the awareness of a freshman.

It didn't help that leading receiver Demarcus Robinson was suspended for the fourth time in three seasons.

The Gators announced the suspension about 75 minutes before kickoff. Robinson leads the team with 47 receptions for 505 yards and two touchdowns. The junior from Fort Valley, Georgia, has talent, but has been benched and/or demoted twice this season and suspended twice as a freshman and for the 2014 season opener against Idaho, a game that was canceled because of thunderstorms.

It's unclear if Robinson will be reinstated before the SEC title game.

The Gators might want to find a new kicker, too. Austin Hardin was wide left from 51 yards out and had a low trajectory on the one that was blocked.

Maguire completed 14 of 28 passes for 160 yards. He was sacked twice, but played mistake-free football aside from the fumble.

The Seminoles led 10-0 at halftime, making the most of three huge plays.

The biggest came when Maguire rolled right on fourth down, threw across his body and found Jeremy Kerr between two defenders in the end zone.