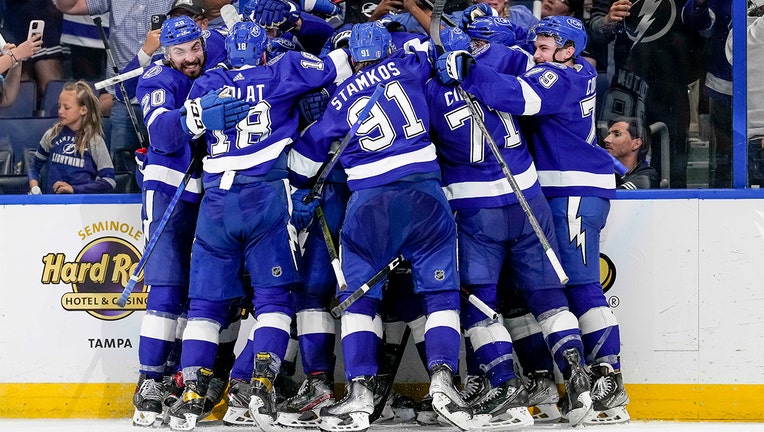 TAMPA, FL - MAY 12: Tampa Bay Lightning center Brayden Point (21) scores the game winner in over time during the NHL Hockey game 6 of the first round of the Stanley Cup Playoffs between Tampa Bay Lightning and the Toronto Maple Leafs on May 12, 2022

TAMPA, Fla. - Brayden Point scored on a rebound with 1:56 remaining in overtime, giving the Tampa Bay Lightning a 4-3 victory over the Toronto Maple Leafs on Thursday night and forcing Game 7 in the first-round playoff series between the Atlantic Division rivals.

Andrei Vasilevskiy had 30 saves, nine overtime, to improve to 18-0 in games following a playoff loss over the past three postseasons. Jack Campbell stopped 32 of 36 shots for the Maple Leafs, who are chasing their first playoff series win in 18 years.

Game 7 is Saturday in Toronto.

The Lightning are trying to become the first team to capture three consecutive Stanley Cup titles since the New York Islanders won four straight from 1980-84.

The Maple Leafs, who've been eliminated in the first round each of the past five seasons, are 0-for-their-last-8 in close-out games.