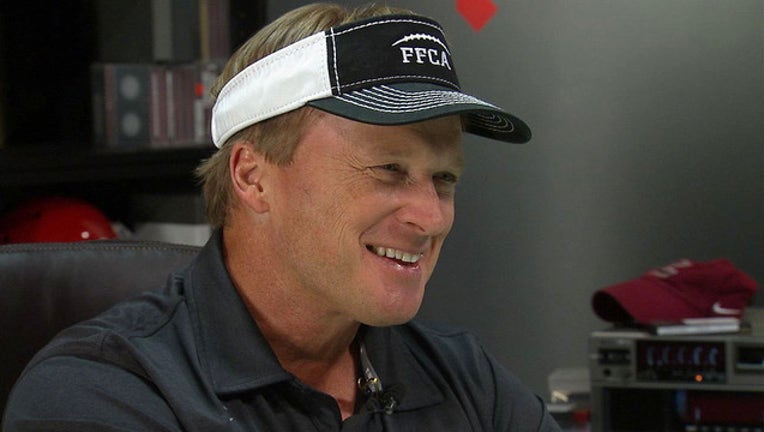 The team announced the move Saturday as soon as Gruden finished his final broadcast as an announcer for ESPN.

Gruden will be formally introduced at a news conference Tuesday.

Gruden is returning for a second stint as coach of the Raiders after being traded to Tampa Bay following the 2001 season.

He led the Buccaneers to the Super Bowl title over Oakland the following season. He has been out of coaching since being fired by Tampa Bay after the 2008 season.