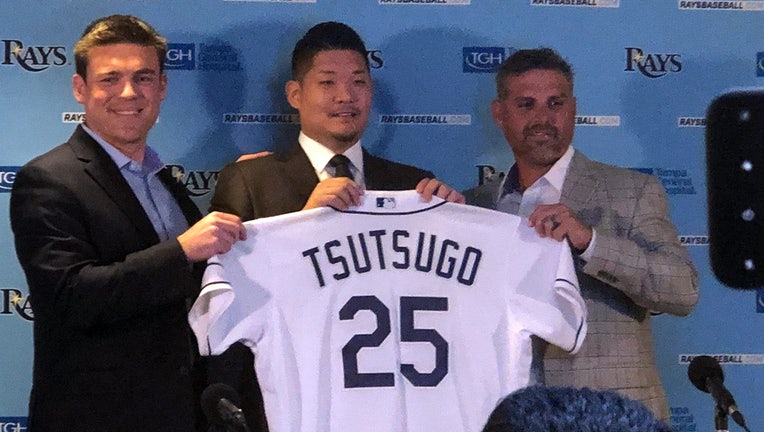 ST. PETERSBURG, Fla. - The Tampa Bay Rays and Japanese slugger Yoshitomo Tsutsugo have finalized a two-year contract worth about $12 million.

The 28-year-old Tsutsugo will be formally introduced by the Rays on Tuesday at Tropicana Field.

Tsutsugo was made available to major league teams through the posting process by Yokohama of Japan's Central League. The Rays will have to pay a posting fee of about $2.4 million to his former club.