Texas worth the trip for diehard Rays fans

ARLINGTON, Texas - Tuesday night's game one of the World Series drew a crowd of a whopping 11,388. That was good for the smallest World Series crowd since Game 6 of the 1909 World Series between the Pirates and Tigers.

On the surface, that seems like a bit of a downer, but don't say that to Earl Hemming and his friends. A born-and-raised Tampa native, Hemming got quite the surprise two days before the start of the series.

"I get home from church yesterday and my wife says, ‘I have a surprise,’" Hemming told FOX 13 Sports before the Rays' Game One loss to the L.A. Dodgers. "She pulls (my friend) up on the phone and she says, 'You're getting on a plane tomorrow, and you're going to Game One of the World Series.'"

That friend, Mike Nelson, was pressed by FOX 13 Sports about how he scored four of the coveted tickets. His response: "I know a guy," Nelson joked behind a Rays mask. 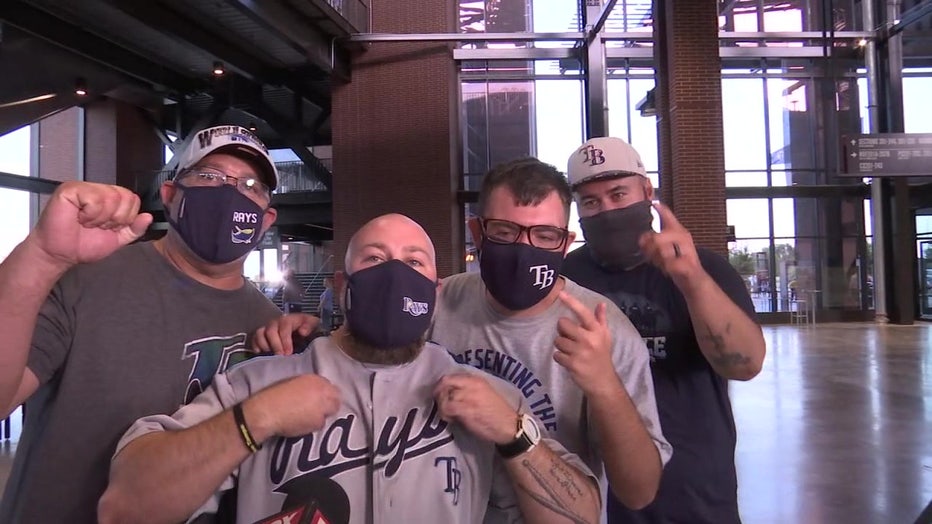 That's his story and he's sticking to it. However, another question is with a last-minute trip, were they concerned with money, or having to burn a sick or vacation day at work? Rob Romera said it was an easy decision.

"As soon as it's brought to you, it's a once-in-a-lifetime thing," Romera said. "The money was no question. As soon as he said we have tickets, we're going." 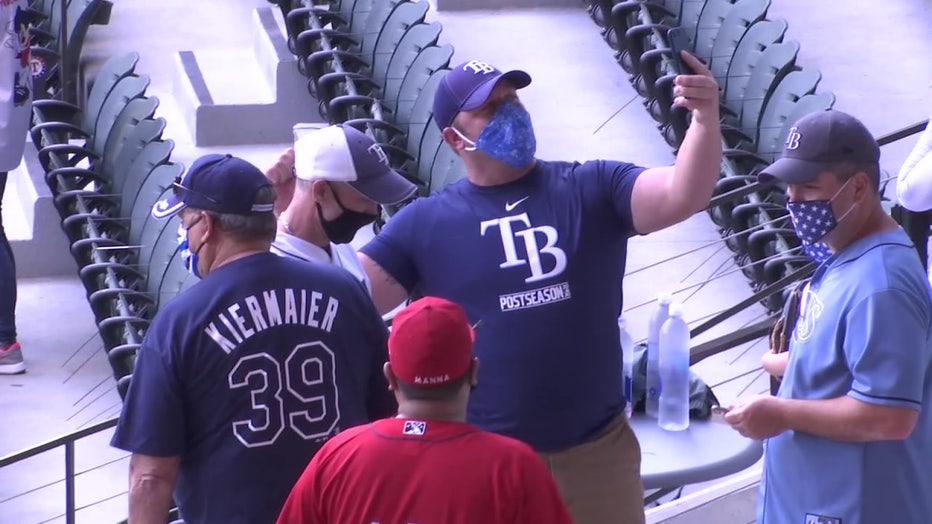 With Tampa dropping game one, Hemming, Nelson, Romera, and Hemming's nephew, Dallas McClain, may not have won on the scoreboard. However, there wasn't much losing on this pilgrimage.

"Just to come to a World Series game and watch our team play? Again, It's a once-in-a-lifetime opportunity," Romera said. "We're so happy to be here."