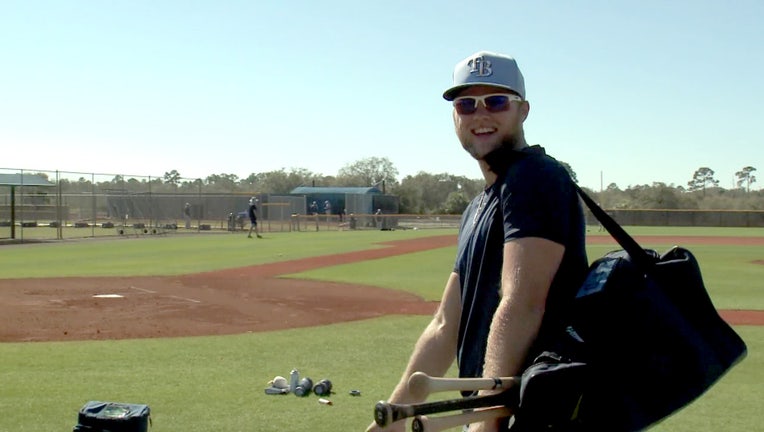 PORT CHARLOTTE, Fla. - While the Rays were rolling all the way to the World Series in 2020, one of their best hitters was really struggling. COVID-19 hit 2019 All-Star Austin Meadows hard and he never really got back to the threat that he was.

But now, that swing is back.

"I got after it pretty well," said Meadows. "I took a couple weeks off once we got home after the World Series. But I got that itch to get back into it and just continued to work."

Meadows put in a lot of work this winter and it shows. He's shaved about 15 pounds, gave up fried foods and sugar, and arrived in Port Charlotte drawing rave reviews from his manager.

"Austin looks awesome," Kevin Cash said. "His season was pretty messed up given COVID, injuries here and there. He was always kind of swimming uphill, trying to catch up. And it’s tough to do at the major-league level when you’re rushed. He wanted to be here. He wanted to perform like he did in 2019. Sometimes, it’s just not meant to be."

Catching COVID-19 before the Rays returned in July cost Meadows three weeks, and when he returned to the lineup, he just wasn't the same. He was heavier and admittedly didn't feel athletic. Then an oblique strain in September stalled his progress.

"I’m not one to make excuses," he said. "But I do think with COVID going on, and actually getting it and being behind, not doing what I needed to do when it came to eating right and everything. I did work out at home, but I feel like I didn’t have that routine like you would at the field."

The last time the Rays played in front of their fans in Florida was last March.

He's off to a smashing start this spring with three homers in his first eight at-bats.

"The key, especially for me, is feeling athletic in the box," Meadows continued. "I think that I've gone back to that. I feel athletic. I feel light on my feet. I feel like I'm able to get to balls quicker and better when it comes to inside pitches."