GAINESVILLE, Fla. (AP) - Even though his father played at Miami and his older brother at Florida, Marco Wilson has little knowledge of the once-heated rivalry involving the two Sunshine State teams.

The Florida Flop? The Peach Pelting? The Bourbon Street Brawl?

Wilson hasn't heard about any of them.

"All I know is last time that we played Miami we lost," said Wilson, a starting cornerback for the eighth-ranked Gators.

He's hardly alone. The series is devoid of trash talk, bragging rights or wounds that haven't healed. The coaches, Florida's Dan Mullen and Miami's Manny Diaz, are close friends who worked together at Mississippi State. Many of the players crossed paths in high school and on recruiting trails, but they have little angst and even less animosity toward each other.

"They were beating us back in the day, like when they were really good," Florida receiver Josh Hammond said. "And then I know Florida kind of got rolling toward the later end, the '90s and the early 2000s. That's as much as I know about it."

What most of the players who will usher in the college football season Saturday night in Orlando missed was an annual rivalry that varied from good to great to one of the best in the country.

It's been one-sided of late, with the Hurricanes winning seven of eight and 12 of 16.

But the teams separated by 300 miles have provided several instant classics and plenty of hard feelings over eight decades.

Diaz, who grew up not too far from the historic Orange Bowl, only attended one Florida-Miami game. It was 1987, the last time the teams played annually. That was a 31-4 Miami romp . Florida's only scores came on a pair of safeties, both on long snaps that sailed out of the end zone.

"I do remember that day," Diaz said. "It's hard to get four (points), so that's one you tend to remember."

Others were equally memorable.

Florida led 33-10 late in the third quarter in 2003, putting then-coach Ron Zook in line for his biggest victory as Steve Spurrier's successor.

The Gators fell apart down the stretch. Brock Berlin threw for 340 yards, overcoming leg-buckling cramps and rallying Miami to a stunning 38-33 victory. That finish ranks high in series lore, right up there with right-hander George Mira's left-handed pass to beat Florida in 1961 and fullback James Jones' falling-backward, one-handed TD catch in the closing minutes to seal a victory for the Gators in 1982.

The Florida Flop, the Peach Pelting and the Bourbon Street Brawl have their place, too. But for different reasons.

With Florida leading 45-8 late in the fourth quarter of the 1971 season finale, defenders dropped to the ground and let the Hurricanes score so quarterback John Reaves could have the ball back and get the 15 yards he needed to break Jim Plunkett's record for NCAA career passing yards.

The celebration fired up the Hurricanes for years.

The rivalry grew even more bitter in 1980, when Florida fans - angry that the Gators trailed Miami 28-7 late in Gainesville - threw oranges, tangerines, peaches and ice cubes at the Hurricanes, who were headed to the Peach Bowl. Miami coach Howard Schnellenberger was furious and ordered a field goal to add to the final margin.

Florida coach Urban Meyer repaid the Hurricanes in 2008 by sending Jonathan Phillips on to kick a 29-yard field goal with 25 seconds left , punctuating a 26-3 victory.

"Sometimes when you do things and people see what kind of person you really are, you turn a lot of people off," Miami coach Randy Shannon said the next day. "Take from that what you want. It helped us more than you will ever know."

For the Gators, the game played every season between 1938 and 1987 never reached the heights of Southeastern Conference rivalries with Georgia and Tennessee or the annual affair with Florida State.

So Florida dropped the Hurricanes in 1988 because it wanted to play a "more national schedule. The Gators promptly replaced them with Montana State. Miami accused the Gators of pulling out because the Hurricanes were dominating them on field and on the national scene.

With Florida's recruiting efforts suffering in talent-rich Dade County, Steve Spurrier wanted the Hurricanes back on the schedule when he returned to his alma mater in 1990. But with the SEC expanding, there was no room.

After a 13-year hiatus, Florida and Miami played again in the 2001 Sugar Bowl. Just a few nights before Miami's 37-20 win, a handful of players from both teams mixed it up on Bourbon Street.

"Something's missing from your college football experience if Miami's not playing Florida," said former Miami player and current radio analyst Don Bailey Jr. "It's just special. It's not they did this or we did that. Or they cost us this or we cost them that.

The series will pause again after Saturday's opener, and, barring a bowl matchup, will resume five years later. The schools agreed to a home-and-home series beginning at Florida Field in 2024.

By then, Wilson will have a taste of the once-storied rivalry and maybe a better memory than the only one he has: Miami's 21-16 victory in 2013. 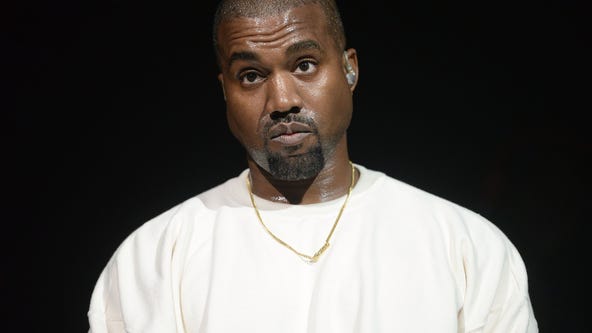