TAMPA (FOX 13) - Tampa is one day away from hosting one of the city's first large, outdoor events since Sunday night’s deadly shooting in Las Vegas.

The Hillsborough County Sheriff's Office says deputies, along with Tampa police, are gearing up to ensure a safe experience for all in attendance of Thursday's game between the Tampa Bay Buccaneers and the New England Patriots.

Officials limited the information they would release on the specifics of their security plan, but they did say law enforcement would be hard to miss.

“No one is ready for a tragedy that can't even be imagined like the one in Las Vegas but through constant education and training we can be prepared as much as possible,” said Hillsborough County Sheriff Chad Chronister via video message. “Rest assured that your sheriff's office along with our local state and federal partners is prepared.”

“It's a continuous process for every game that's hosted here at Raymond James, of course. We change our profile based on conditions,” said Carey. “We do a three-day training for every law enforcement officer at the sheriff's office every year which far exceeds the state mandate.”

Officials went on to say they do a sweep of the stadium looking for devices or anything out of the ordinary. And there are limits on bags and other items allowed in the stadium. 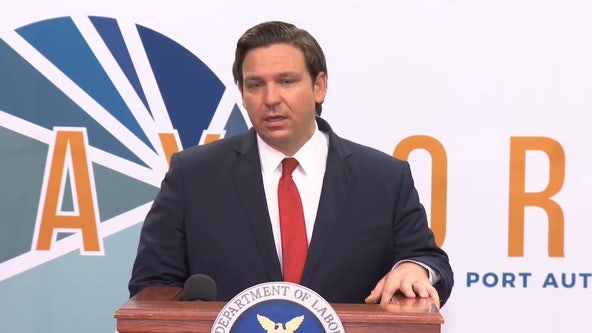