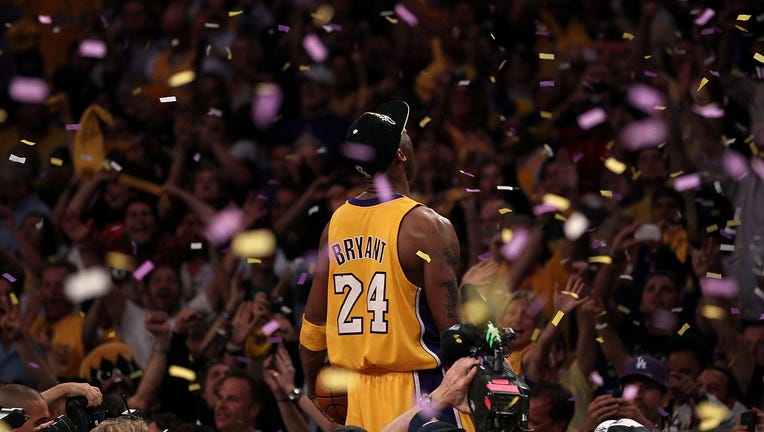 Kobe Bryant #24 of the Los Angeles Lakers celebrates after the Lakers defeated the Boston Celtics in Game Seven of the 2010 NBA Finals at Staples Center on June 17, 2010, in Los Angeles, California. (Photo by Christian Petersen/Getty Images)

TAMPA, Fla. - The outpouring of condolences and shared memories flooded social media after news broke that Kobe Bryant and his 13-year-old daughter were among nine killed in a helicopter crash Sunday.

The helicopter crash that killed the former NBA star, his 13-year-old daughter, and seven others remain under investigation, and fans around the country are reacting.

Locally, several athletes in the Tampa Bay area used Twitter to offer condolences to the Bryant family and express their sadness.