TAMPA, Fla. - Toronto Blue Jays' pitcher Nate Pearson says he is hearing some concerning chatter among the major league ranks, but the Jays' 2017 first-round pick isn't succumbing to fear. Instead, he's staying strong physically and mentally working out at Yo Murphy Performance.

"It's definitely so easy to be negative about the whole situation," Pearson told FOX 13 Sports. "I occasionally catch some of my teammates being so negative about it, Like, 'man we're never going to play', but you have to stay positive about it. You just have to hold on to the fact that we will play. That's what is going to keep pushing you forward."

While the Rays have called their players back for an informal workout at Tropicana Field, most Major League Baseball teams have not. One of the benefits of having some much baseball talent from the Tampa Bay area is that there is plenty of major league talent to workout with.

"It's definitely good to have a group of guys push each other because when you try to work out yourself, you lose that push, that motivation, that competitiveness," said Pearson. "Working out with other pitcher and minor league players pushes me to be better" 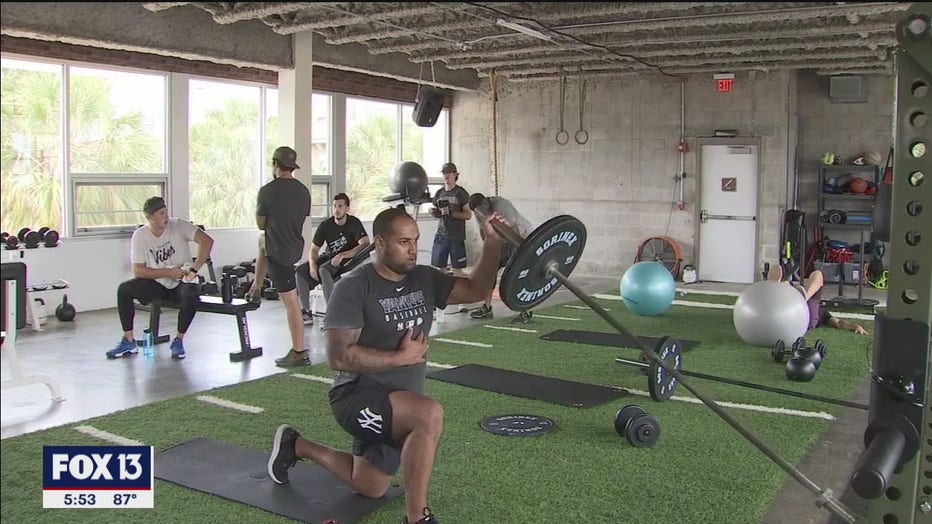 Kyle's brother Preston is having a lot of success in the Korean Baseball League, which is giving Major League Baseball a blueprint for a return.

"I think it's a great thing for them and for us because, hopefully, we can get there," said Tucker. "A lot of those guys over there are really good baseball players. Now all the focus is on them because they're really the only teams playing over there. I think the players over there get a lot more recognition than they have previously. Just because we had a lot of other sports going on."

When the workouts are over, the focus shifts quickly to disinfecting the equipment.

"We all know that as long as we keep it safe none us will get it, said Pearson. "If one of us gets it, we probably will have to shut down. So we are trying to keep that from happening. So we are cleaning every piece of equipment we touch and just getting it ready for the next group behind us," Tucker said.