An open letter to Tom Brady

As Buccaneers Quarterback Tom Brady weighs whether to return for his 23 NFL season, Bucs fans around Tampa Bay are hopeful he’ll return for another year. Fans and local leaders are urging the future hall-of-famer to come back at least for one more season.

Bucs fans were left brokenhearted over the weekend as fans heard the rumors that Brady was retiring and may have played his last game at Raymond James Stadium.

Fans were desperate to hear from Brady himself, but were met with silence, until Monday night when Brady finally spoke out.

Tom Brady broke his silence on his podcast on Monday to address rumors of his alleged retirement. At this time, he still claims he has not made any decisions about his future with the NFL. 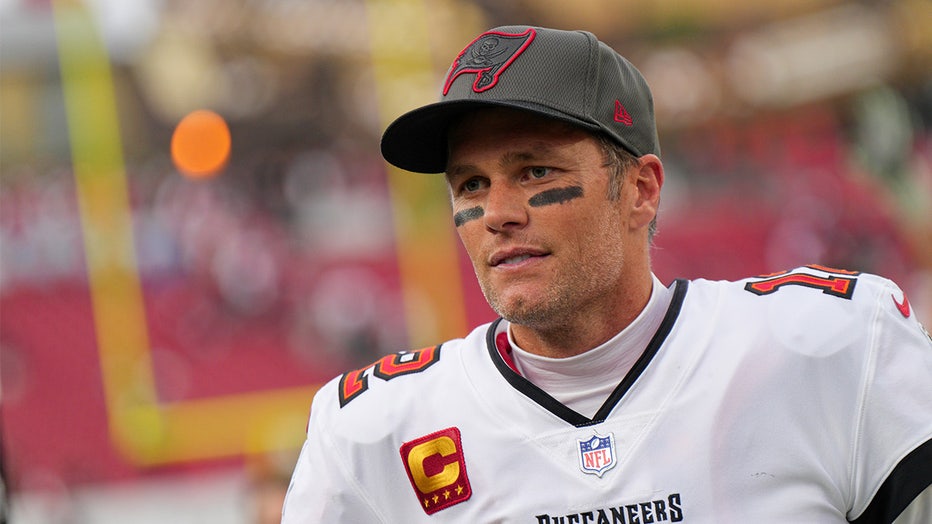 It wasn’t exactly the statement Bucs fans wanted to hear, but he didn’t announce his retirement either. In fact, what he did have to say is pretty much what he’s been saying all along. He once again reiterated that he’s undecided and trying to work through that decision.

"I’m just still going through the process that I said I was going through," Brady said Monday night on his SiriusXM podcast. "Sometimes it takes some time to really evaluate how you feel, what you want to do, and I think when the time is right, I’ll be ready to make a decision, one way or the other, just like I said last week."

Gov. Ron DeSantis says while the Bucs had a heartbreaking loss, he believes they would have defeated the 49ers in the Super Bowl. He said he knows there are discussions on Tom Brady’s future but says no one can deny his legacy, no matter what the GOAT’s decision will be. ‘He’s better at 44 than just about any of these other guys.’

Brady went on to say that he understands why everyone is so interested in his announcement, but he said when the time is right, he will know and so will his fans.

"I’m very blessed to play as long as I have," he said. "As things have gone on in the later parts of my career, whether that was five years ago or even this year, you know, there’s a lot of interest in when I’m going to stop playing. And I understand that. It’s not that I don’t recognize that. It’s just when I know I’ll know and when I don’t know, I don’t know, and I’m not going to race to some conclusion about that."

Brady did say he was disappointed that rumors of his retirement distracted away from the AFC and NFC championship games over the weekend. When he was asked if those rumors would motivate him to play another year, he said his motivation is just to win and be successful, adding that he’s not really worried about what other people have to say.

Tom Brady fans were left unsure how to feel after conflicting reports about the superstar's future.

Brady was also asked when fans could expect to finally hear from him on what his final decision will be. He responded that when the time is right, he’ll know and he’ll make that announcement. However, in the meantime, he said he doesn’t feel the need to race to a conclusion.

The 44-year-old quarterback has already stated a desire to spend more time with his wife, supermodel Gisele Bundchen, and three children. He’s under contract for 2022 with the Tampa Bay Buccaneers and is coming off one of the best seasons in his 22-year career.

PREVIOUS: Tom Brady’s future still up in air despite reports of retirement

TB12sports quickly deleted its tweet, but ESPN and NFL Network continued reporting that Brady has played his last game.

"We’re in such an era of information and people want to be in front of the news often, and I totally understand that and understand that’s the environment we’re in," Brady said. "But I think for me, it’s literally day to day with me. I’m trying to do the best I can every day and evaluate things as they come, and I’m trying to make a great decision for me and my family."

When Brady walks away, he’ll do so as the NFL’s career leader in numerous passing categories and most prolific winner. He’d also be going out at the top of his game.

When a group of Michigan high school basketball players accidentally added the wrong phone number to their group chat, it turned out to be Sean Murphy-Bunting of the Buccaneers. They FaceTimed with the cornerback and others -- including Tom Brady.

Brady led the NFL in yards passing (5,316), touchdowns (43), completions (485) and attempts (719), but the Buccaneers lost at home to the NFC champion Rams last Sunday in the divisional round after rallying from a 27-3 deficit to tie it in the final minute.

Brady won six Super Bowls with the Patriots playing for coach Bill Belichick, and got better with age. He led the Buccaneers to their second Super Bowl title last year in his first season in Tampa.