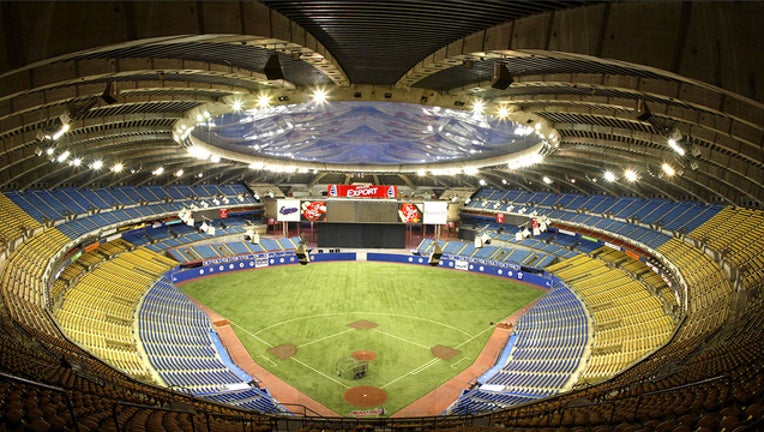 A general view of the Olympic Stadium prior to the MLB game between the Atlanta Braves and the Montreal Expos May 24, 2004 at Olympic Stadium in Montreal, Canada. (Photo by Charles Laberge/Getty Images)

Commissioner Rob Manfred said last week the low-drawing Rays may explore a split season in Montreal. No timetable for the possible plan was announced.

"There is a lot of work that is going to need to be done before that consideration becomes closer to a reality," union head Tony Clark said Friday as the New York Yankees took batting practice at Olympic Stadium, a day before playing Boston in baseball's first major league game in Europe. "We look forward to being a part of that conversation, as well. A lot of challenges there."

Clark said requiring a player to maintain two homes during the season would be "a significant burden."

The Montreal Expos were in the National League from 1969-2004 before moving to Washington and becoming the Nationals. In their last two seasons before moving, the Expos played 22 games a year in Puerto Rico.

Clark said the union considers a team playing home games in two locations to be a mandatory topic of bargaining under the National Labor Relations Act, making it subject to union agreement.

MLB questions such an interpretation of the NLRA.