With conflicts in the Middle East, Team USA Soccer moved its training camp from Qatar to Florida. Kevin O'Donnell reports

BRADENTON, Fla. - Turmoil in the Mideast sent the US Men's Soccer Team scrambling to find a new place to train. The team was scheduled to begin workouts in Qatar this week, which is not that far from Iran.

Instead of practicing on foreign soil, they've moved their workouts to Florida, at the IMG Academy in Bradenton, allowing the team to start on-schedule, even while waiting for some of their equipment to arrive.

"It was just a precaution," said US Soccer head coach Gregg Berhalter. "You look back at it, it was warranted now, but when making the decision it was what's in the best interest of the players. We felt that to change plans quickly made a lot of sense and we did so. Now we are here and we are thankful for being here."

US Soccer doesn't need any more distractions. The full attention is on re-tooling a program that failed to qualify for the World Cup in 2018. Paul Arriola was on that team and the pain still lingers nearly two years later.

"As players, our job is to win," said Arriola. "Give the fans a lot of joy, happiness and pride, to be able to say that their country is the US. We want to be obviously idols for young guys to look up to and say we want to be them in the future."

Since Gregg Berhalter took over as USA's manager, he's been getting America's soccer team heading in the direction it was going before the 2018 setback.

"It's understanding that we failed and [asking], 'Where do we go from this failure? How do we get the fanbase back behind us?'" asked Berhalter.

Despite the venue change, Team USA is still focused on getting the team back onto the world stage.

This camp is the start of a critical and busy year for US Soccer. Players are working towards the 2022 World Cup, as well as this summer's Olympic Games. 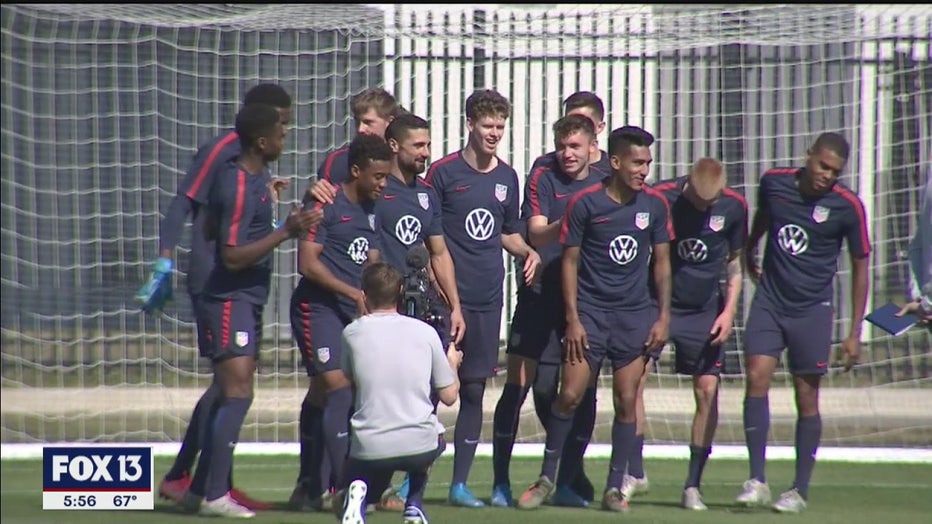