WESLEY CHAPEL, Fla. - The Tampa Bay Lightning are back in the Stanley Cup Final for the third straight year, and the team’s success is spreading onto ice rinks throughout the Bay Area.

Two dozen young athletes worked on both ends of the ice in a summer hockey camp session Tuesday morning at the AdventHealth Center Ice facility in Wesley Chapel.

Lance Johnson Jr. is on summer break from North Tampa Christian Academy. The 16-year-old has been playing for less than a year, and he’s working on his skating and stick-handling skills.

His forward position requires him to skate fast and in multiple directions. Lance, like many of the players on this ice, is a Tampa Bay Lightning fan. He’s excited about the team’s success thus far and their prospects in the Stanley Cup Final. 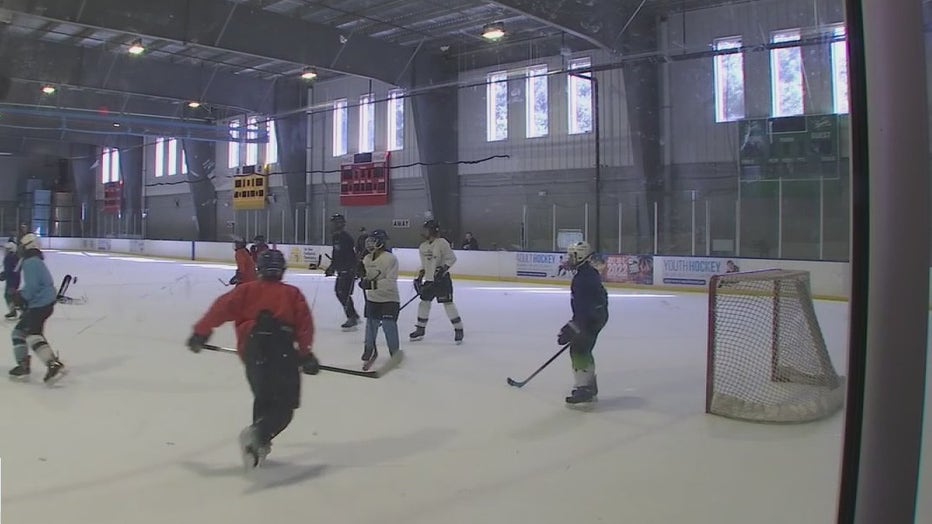 Solana Manning was born in Tampa before moving with her family to Arizona, but she’s back in the Bay Area visiting her grandparents. The eighth grader is a forward on the ice, and Solana said this camp has emphasized getting a little better each day.

Camp Coach Zach Remers is helping these young players develop and refine their skills. Like his students, Remers is a Lightning fan. This in spite of the fact he spent his formative years in Colorado.

He said his friends back home give him a hard time about rooting for the Lightning against the Avalanche.

"Big time, especially when the Lightning beat the Rangers, they were like, ‘Let’s place some bets,' and I said ‘I don’t know,' but I think we got it. It should be a good series," Remers said.