TAMPA, Fla. - Lightning and thunder didn’t stop fans from cheering on the Tampa Bay Lighting inside and outside Amalie Arena as the team defeated the New York Rangers and advanced to the Stanley Cup Final.

Saturday night, fans packed the inside and outside of Amalie Arena.

"We're called to be the thunder. There’s lots of thunder around here to cheer on our team," said Tara King.

The thunder and lightning in the sky, did not keep fans away from Thunder Alley. King set up her chair in front of the stage outside Amalie Arena.

"They always say we’re not a hockey town, I think if we go for the three-peat, we are proving them wrong," she said.

The energy in the air was electric, as Tampa Bay prepared for the team to take the ice. 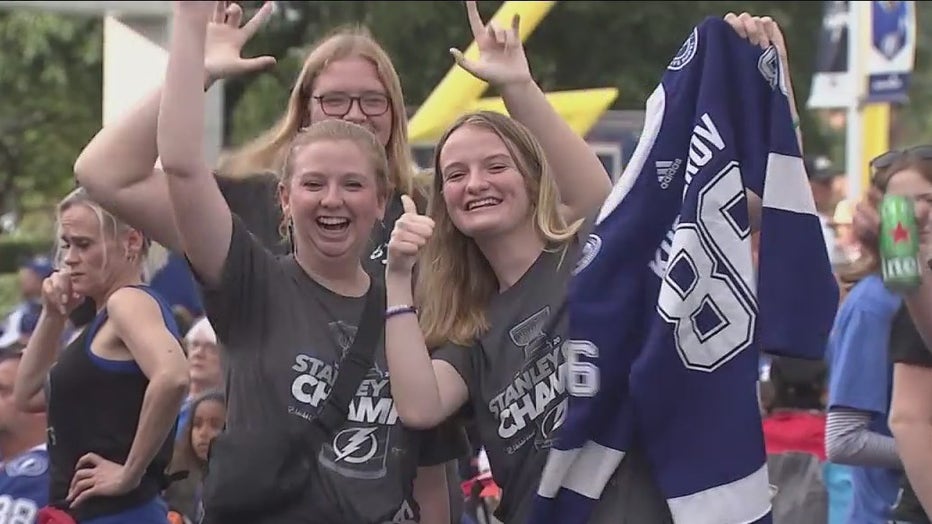 "To protect myself, I'll just this jacket and just keep cheering all night," said Jamie Gilliam.

Gilliam never budged, even when the rain started back up.

"We came all this way, no way we are giving up. Just like they aren’t giving up tonight," she said. 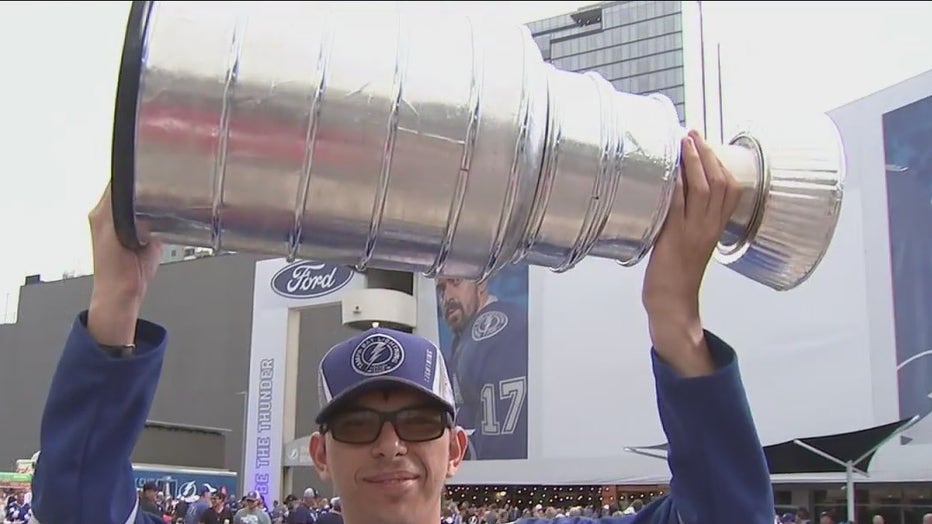 Bolts jerseys outnumbered the Rangers. While smack talk could be heard, Tampa has earned respect.

READ 'This is our house, and it is built by legends': Lightning hype man's new rap brings the energy

Alleva is a Rangers fan. He flew from Texas to attend game 6 of the Eastern Conference Final.

"There’s a lot of hockey fans here, it’s a beautiful city. I love I’d like to move here. It’s so nice," said Alleva. 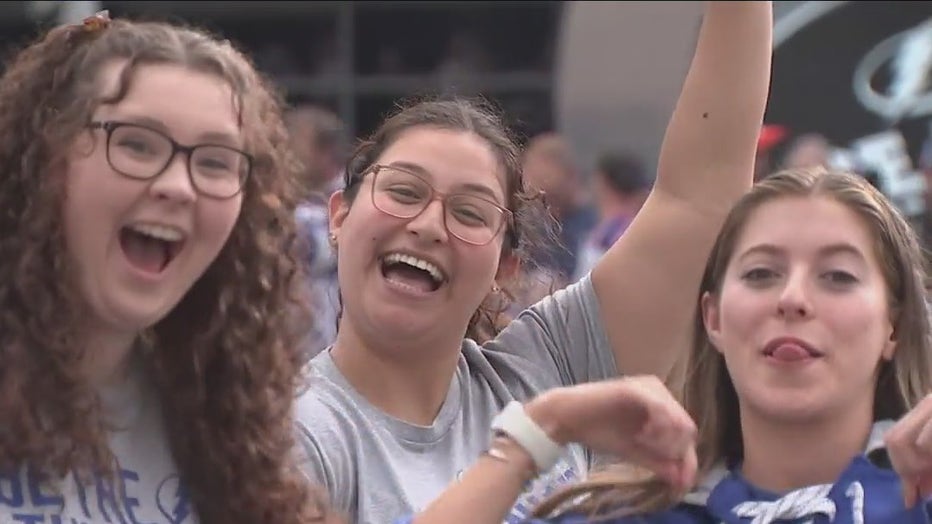 The Tampa Bay Lightning earned the chance for lightning to strike not once, or even twice. But three times in a row. To begin the quest to hoist Lord Stanley once more, in Tampa Bay, a true hockey town.

"Let's Go Lightning," fans cheered as the clock ticked down to zero.

The Tampa Bay Lightning will face the Colorado Avalanche in the Stanley Cup Final.