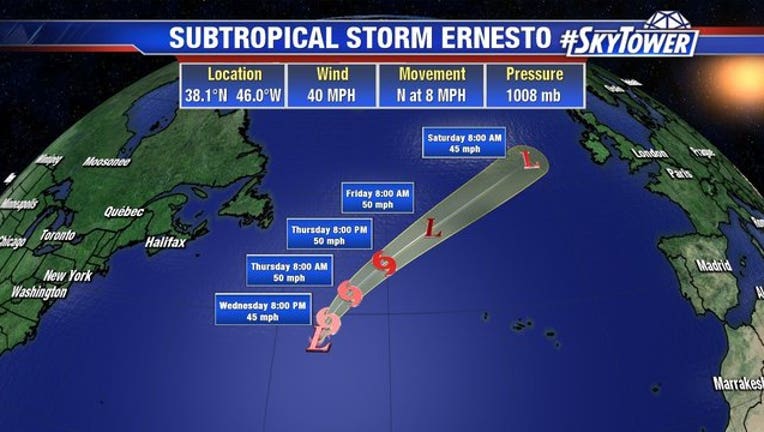 TAMPA, Fla. (FOX 13) - The fifth named storm of the season has formed in the North Atlantic.

Subtropical Storm Ernesto formed Wednesday with winds of 40 miles an hour, according to the National Weather Service.

It's traveling north about about eight miles an hour and though it doesn't pose any threat to the United States, the UK may see some rain late this weekend.