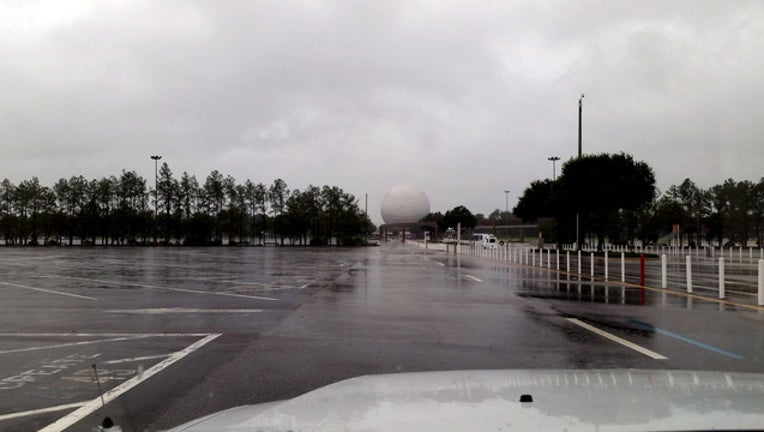 Disney's EPCOT Center was deserted and wet when the park closed during Hurricane Matthew in 2016. (Roy Kuntz / FOX 13 photo)

Disney said it hopes to reopen its parks on Tuesday, September 12 and will provide regular updates on any further operational changes.

Please continue to check this page for updates.

For a complete list of closures, including dates and times at specific resorts, visit https://disneyworld.disney.go.com/hurricane-irma-info/?CMP=ILC-DPFY17Q4wo0906170913170013C.

The park's only non-hurricane closure was after the September 11 terror attacks.

Universal is closing its Orlando parks at 7 p.m. on Saturday.  They do not plan to reopen until Tuesday.